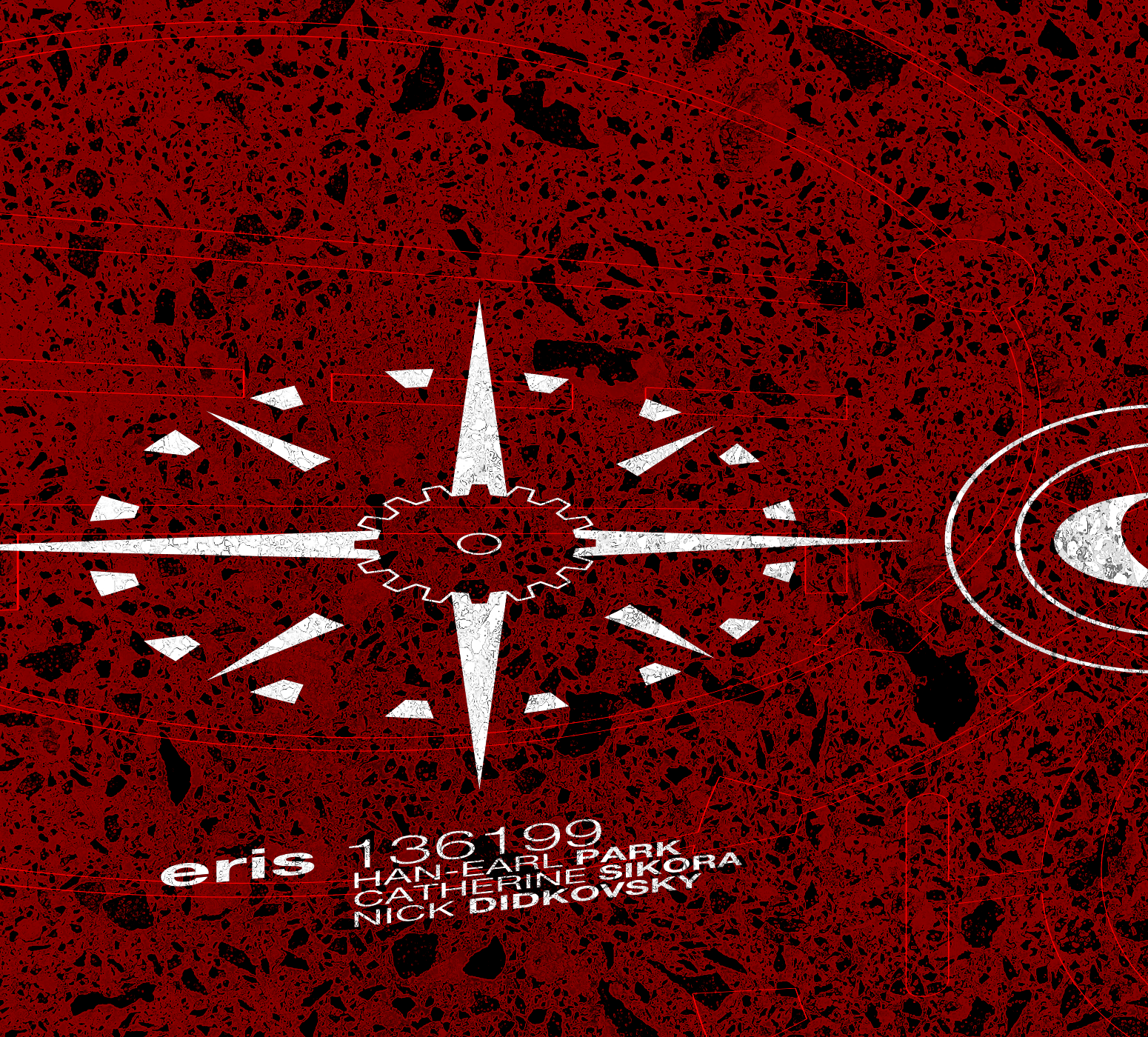 If you want improvisation that dares to go where the angels don’t run and the buses fear to tread, listen no further than Eris 136199 aka Han-earl Park, Catherine Sikora and Nick Didkovsky – a guitar-saxophone-guitar trio that remain utterly unpredictable even to the most discerning algorithm.

The new, self-titled album is out on 9th October and to coincide with 7 Questions interviews from all three noise-makers (sound-crafters? wave-riders? vibratory artisans? whatever…) aJazzNoise is rather pleased to present this sneak preview – the “Adaptive Radiation” tracks (from performances hosted by Jazz North East) are definitely unavailable anywhere else other than HeP’s secret underground studio.

(Incidentally, preorders of Eris 136199 apparently get exclusive bonus stuff, if that’s the sort of thing that interests you.)

So, scroll down for some (con)text from the Bandcamp page but before you read on, click PLAY and see where it takes you…

Noise multiplies via telephone futz, riding the transcontinental signal; a clockwork tight-rope walker dances, navigating (gears shift and gear grind) tension; and, above all, rises the Big Note around which we all fall to orbit.

Formed in New York in 2012, Eris 136199 is the quick-reacting cyborg virtuosity of Han-earl Park (Sirene 1009), the mighty melodic imagination and big tenor sound of Catherine Sikora (Clockwork Mercury), and the diamond-cut precision and grind-meets-experimentalism of Nick Didkovsky (Doctor Nerve). Recorded during the 2017 European tour, Eris 136199’s eponymous album is the trio’s followup to their debut recording Anomic Aphasia (SLAMCD 559, 2015) which was described as “a beautiful noise” (KFJC 89.7 FM) and “atmospheric as to become almost frightening” (The New York City Jazz Record).