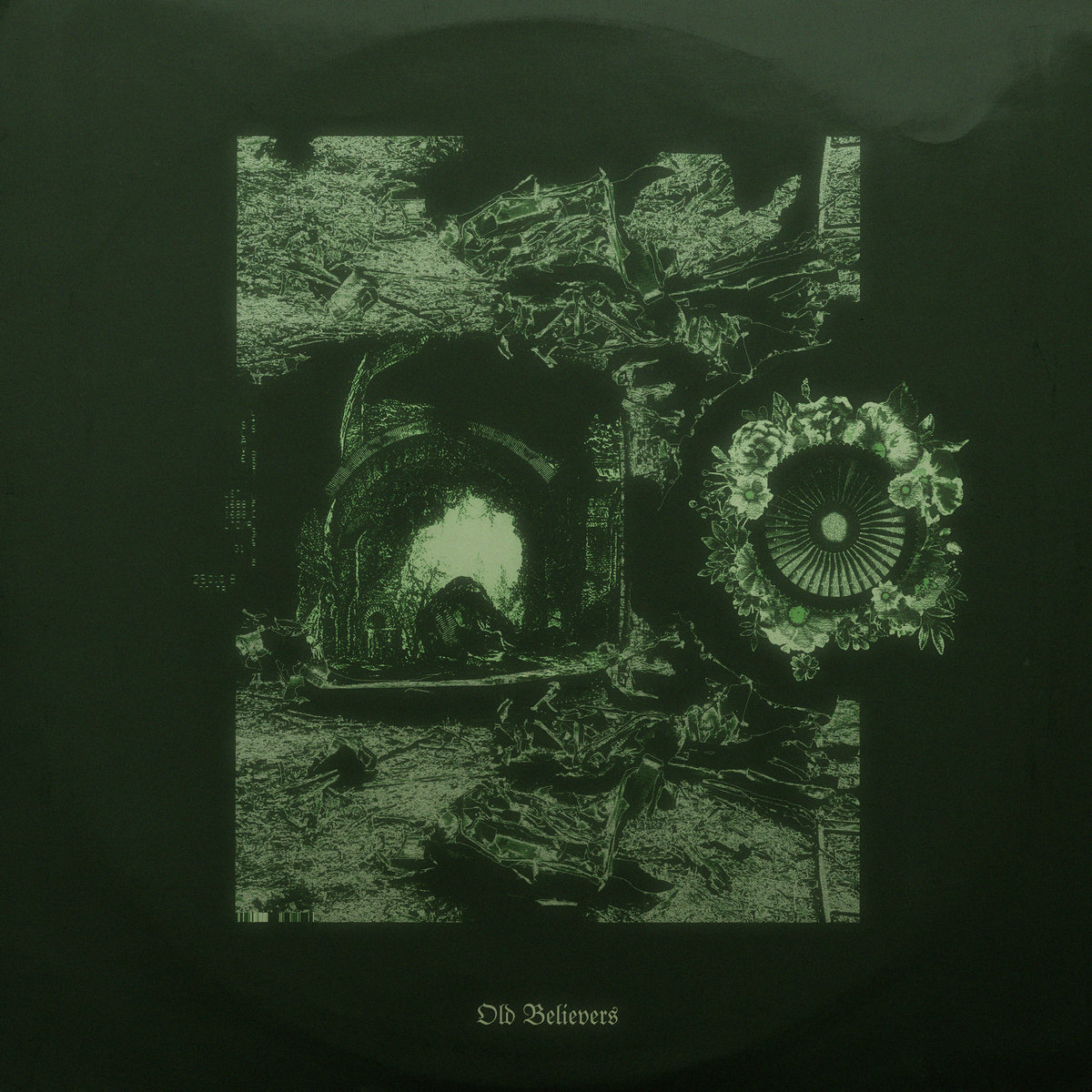 It opens with the slow calving of a rusty glacier. Or maybe it’s just your brain shearing in two. The sound of a lobotomy from the inside. Once the drums begin their steady pulse, it becomes the steady back and forth rasp of a looped hacksaw – your head involuntarily nods forward, then back, then forward…

This new trio project – for me – is a natural expansion of Espen Lund’s amplified explorations on “ÆTONAL” and “Blow. Amplifier”. Here the circular feedback of Lund’s trumpet is joined by a Ognøy’s similarly excessive cello sound and precise (and even subtle) drumming that structures the drone.

Opener Apage Satanas is pure sheet-metal drone – feeding back, shaping and playing the feedback, feeding back again… It overpowers, abducts, and carries you off for participation in dark rituals. (No surprise that Old Believers previous release was their take on Benjamin Christensen’s 1992 film, Häxan.)

But while 45 mins of track #1 would have been blissful, this album has more ambition. Without losing the droning dark worship mood, each theme takes a different approach to driving you through the next door of perception.

The Sound of Holy Numbers offers a breather – gently surging infinite cello with a more distant trumpet threatening on the horizon. Here Hole’s drums build a framework out of small percussive details – the foam on the wave, or the riptide beneath, dragging and surging to hidden effect.

The harmonium drone on Universal Hum gives it an almost medieval, churchy feel with the cello scratching at the door. The slowly building trumpet undermines the idea of sanctuary.

And we return to the black mass (or at least, charcoal grey)… The constantly disintegrating The Ringing Reverberation Of Psalms is a full-on horror movie – unsettling and shot through with merciless tension-building. Amplified strings and horn moan, shriek and wail; stately slabs of distortion crash and grind together like black icebergs.

Appropriately, Worship At The Altar Of Radio Static sounds like it’s being broadcast from the other side of the planet – the signal subtly corrupted by one too many reflections on the ionosphere. The use of higher frequencies give it a touch of the celestial, with the deeper drone rumbling below, subterranean. Here, at ritual’s end, we slowly dissolve into fractal minutiae.

Overall, Old Believers are doomy, eerie, anxious, defiant, joyous and ultimately spiritual… conjured via the screams and howls of tortured instruments, propelled beyond their commonly-accepted sounds, leaving behind a silence both welcome and unwanted.

Apage Satanas
The Sound Of Holy Numbers
Universal Hum
The Ringing Reverberation Of Psalms
Worship At The Altar Of Radio Static
(44:31)