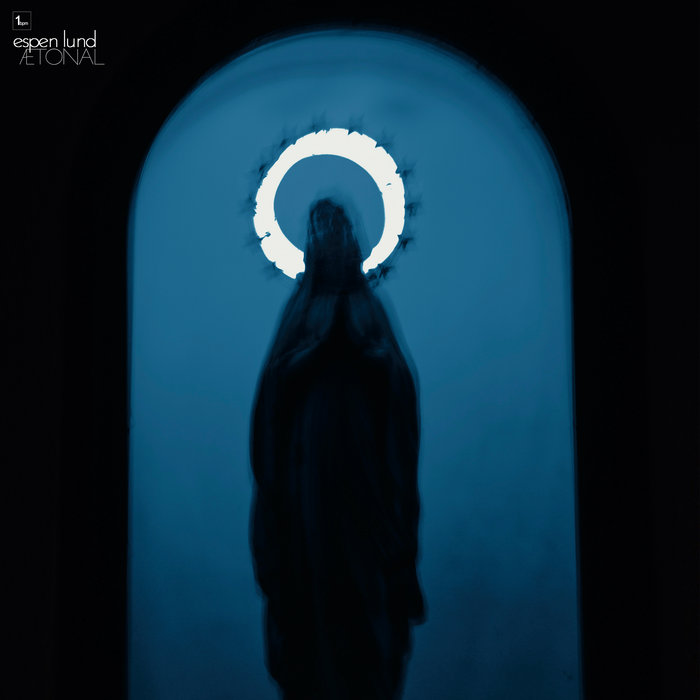 This combination of brass, electronics and cloudstorms of feedback is what I’ve been waiting for. Seriously. Since Lund’s 2018 Blow.Amplifier, which explores similar spaces, I’ve been waiting and hoping for more. Waiting over. And it was worth it.

But whereas Blow… combined amplified feedback with more recognisable trumpet tones and passages, Ætonal contains no such compromises. Bold as it was, the previous album is exploratory by comparison, marking out the boundaries and shape of amplified trumpet as a soundzone, but this plunges straight to the dark heart of excess, birthing what could be called a Tony Conrad-inspired improvised black metal/drone/noise suite that draws solely on the sound of an instrument pushed beyond its limits.

To quote Espen Lund himself, “An essential part of the sound of Ætonal comes from the amount and size of amplifiers used. This time around, more is more seemed to be the motto. Standing in the middle of a ring of amplifiers forces you to react to the sounds in the room and the air being pushed against you.
The trouble with amplifying instruments that doesn’t want to be amplified, is the amount of feedback produced. On this album, the thought process was to incorporate the feedback and make it an integral part of the music. To make it equal to the sound of the trumpet, and in the case of track three, to make it equal to the sound of a trumpet being destroyed.”

He’s not wrong. Like a slowly storm-tossed Jovian landscape viewed from orbit, the waves of sound are slow, inexorable, awful (as in awe-full, okay?), and unstoppable. Want another metaphor? Imagine a decade-long field recording of a glacier – the creaks and groans of tons of ice, shearing away mountains and landscapes – compressed into 42 minutes. I’ve no idea how that would really sound, but I like to think it would sound like Ætonal.

As Above, So Below is a stately swell of feedback, a swirling, metallic drone, the burnished and bruised sound of amplified metal – barely recognisable as a trumpet (or any other acoustic instrument, for that matter…) Voice-like cries and shrieks are layered over a thrumbling foundation drone. At one point, the feedback oscillates into a rougher, louder, mechanical beast, not so much someone playing a trumpet as using a trumpet to play the feedback.

For A Thousand Tongues to Sing begins distant; from over the horizon come the unified calls of the thousand metal throats and voices. The drone strikes a piercing, honking tone, think ‘metal bagpipes’ combining with short, two-note flourishes for a sound somehow both ancient and now

Speak Into His Good Eye brings to mind howling rage and eloquent, abrasive defiance – a one-sided litany of excruciating excess. ‘He’ may blink His eye but the rage prayer will not be gainsaid; any and all disagreement or justification is crushed by the clashing and clanging of some giant mechanism.

While I’m on a religious imagery tip, let’s just say The Creator’s Voice is a perfect storm, with distortion-heavy peals of cloud-splitting feedback, arcing across crackling nimbi… When the skies (briefly) clear, we catch glimpses of a cleaner, howling landscape below and then, darkness again. Which Creator? Well, probably more Lovecraftian than King James.

An Echo Repeated Forever is the austere, grinding music of the mechanical spheres. Metal and vibration, body and energy, in conversation and song against a sea of revolving entropy. Deep, enormous drones rise to the surface, only to breach unobtrusively, and descend again, singing…

While the concept might be straightforward (blunt, even) the reality of amplifying a trumpet beyond all reason is filled with detail and nuance. Lund creates great blocks of sound as his raw material and manipulates and sculpts them into otherworldly monuments. No crumbling edifices of distortion these, more a sequence of honed, endless, metallic vibrations fixed in a three-dimensional space.

As Above, So Below
For A Thousand Tongues to Sing
Speak Into His Good Eye
The Creator’s Voice
An Echo Repeated Forever
(42:13)

Ætonal is available as a cassette and download from Espen Lund’s Bandcamp page.