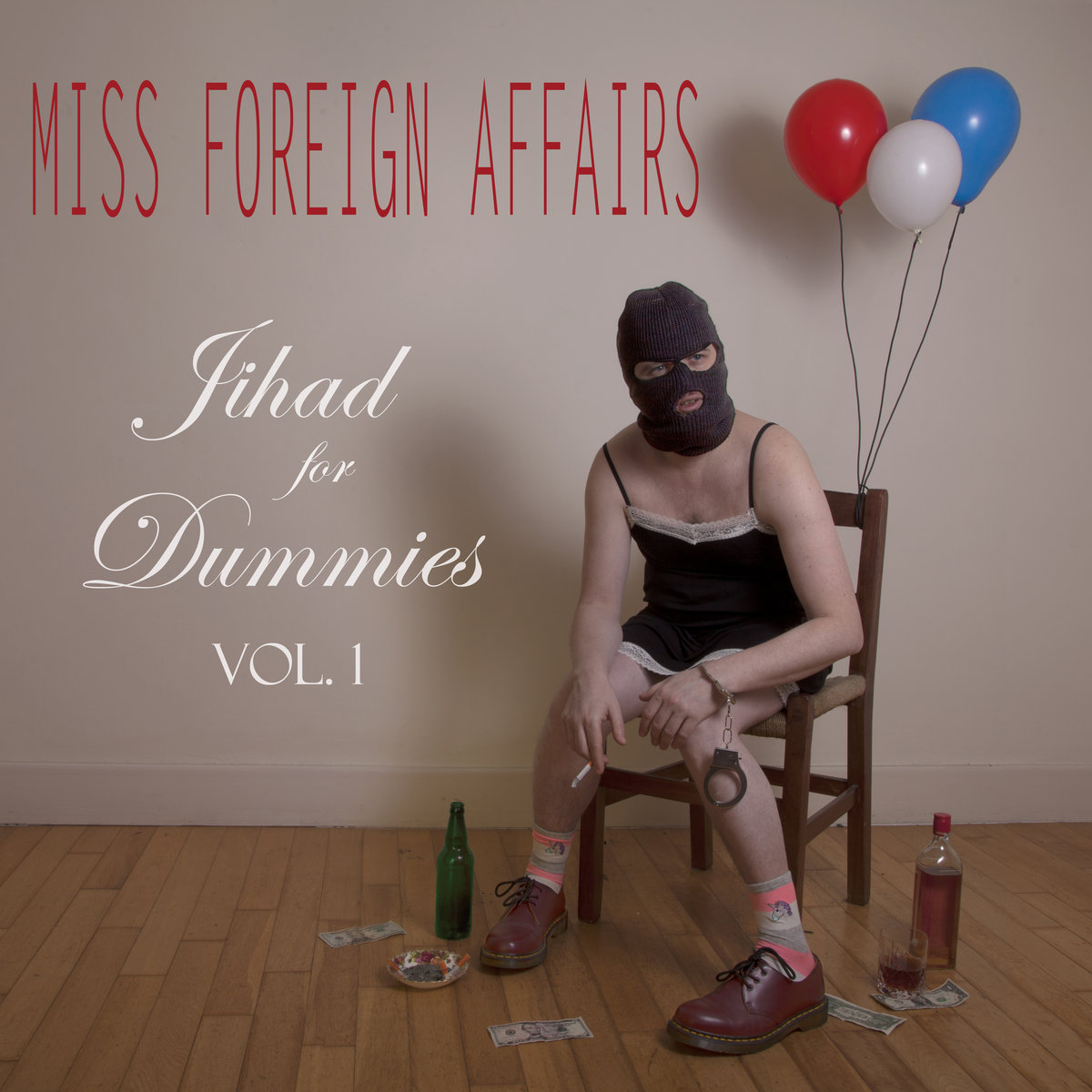 Rich Kids of Raytheon
a bit of fun, the swines…
REDACTED
Kiss My Asset
Probable Cause
(24:10)

You know those albums that begin so quietly that you wonder if you pressed PLAY firmly enough? This is not one of those albums. This album is a literal blast. From the delightfully twisted bonce of Owen Kilfeather comes a Kubrick-inspired swipe at the state we’re in.

In his own words, “Lyrically, the concept sprang from the bikini’d Tracy Reed in Dr. Strangelove, the only woman in the film and whose character the band is named after. From her I had it in me to mine similar territory to that film, the satirising of the similarity and/or confusion between the urges for sex and war, only told through black-humoured love songs.”

The lyrics are essential to the appreciation. Collaged and cut-up, drawing on sources as diverse as letters from Tony Blair to George Bush, lines from the aforementioned Dr. Strangelove (see the title of track #2), newscaster clichés, military acronyms, Macbeth, noir movies, and an interview with Prince, all bound with Kilfeather’s own inimitable connective tissue.

Those lyrics are accompanied by the kind of simple, jagged, 80s-infused, speech impediment guitar-bass-drums riffing that steadfastly refuses to budge, and in doing so, ends up somewhere else anyway. The tunes are postpunk, verging on no-wave in their deceptive and direct simplicity, relying on repetition and hidden subtleties. The addition of Rocha’s bass clarinet effectively acts as a prophylactic, the hints and fragments of melody protecting the brain from the pounding remorselessness of the trio.

The opener, Rich Kids of Raytheon, is propulsive, punky pop with bass clarinet flourishes. It’s driving, no-nonsense, formulaic even… until you pay attention to the lyrics. If I bandied about terms such as surrealist, or Dadaist, I’d probably get in trouble with the Genre-Label Police for imprecise usage, so let’s just say the lyrics are bonkers as conkers, leaping about in seemingly random fashion while skewering arms dealers, secret government naughtiness, our culture of constant surveillance, and whatever else is wrong with the current geopolitical landscape that happened to attract the fleeting attention of Kilfeather’s butterfly wit (so many targets, so little time).

a bit of fun, the swines… is a love letter (or sexting) between deranged dictators, using the slippery euphemisms of diplomacy and war to create a relentless, won’t-take-no-for-an-answer, minimalist love song. The repetitive, insistent and unresolved guitar clangs with faux-erotic clarinet leaving you teetering on the brink of… well, climax or catastrophe, your choice. REDACTED’s perky riffs repeat to a point of assured clockwork absurdity as the stretched chant-yell-intoning vocals deliver snatches of suburban desert insurgence and espionage from which all the juicy bits are missing. Redacted, indeed. Kiss My Asset descends into acronym hell as the riff is hammered out on an endless production line. And finally, Probably Cause is a stuttering avant-garde (or is it experimental?) descent into the torture of a suburban family unit before extrapolating out to encompass futility on a global scale. Phew!

Off-kilter, angular, unlikely… another listener has likened it to The Fall (prior to the recent sad news so no bandwagon-hopping here) whereas I reckon I can detect a hint of the Bonzo Dog Doo Dah Band’s whimsy and irreverence, though diverted for sharper, more satirical purposes. That said, any resemblance to past musical barrages, living, dead or Dada, is almost certainly entirely coincidental. “Jihad For Dummies, Vol. 1” is a lysergically vivid dive into the currently confusing intersection between war and sex in the post-9/11 political age which is also quite fun to listen to. I cannot imagine what Vol. 2 will sound like…

“Jihad For Dummies, Vol. 1” is available from Bandcamp.

One thought on “Miss Foreign Affairs – Jihad For Dummies, Vol. 1”