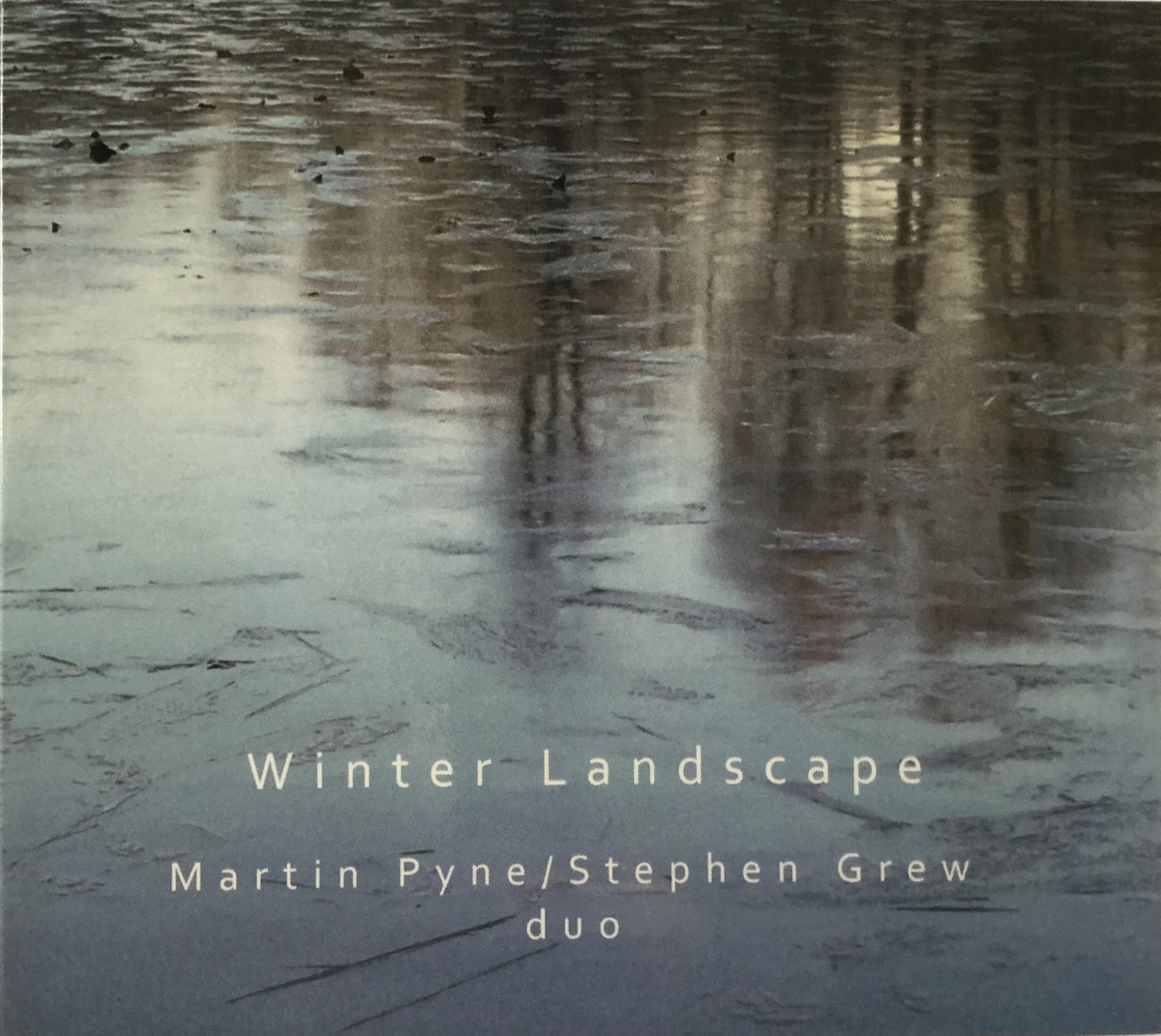 A Hard Frost
Shiver
Icicles
Slipper
After The Snow
(60:10)

After 2017’s “Behind The Mist”, Martin Pyne’s solo vibes album inspired by British Faerie myths, comes another improvised concept album. “Winter Landscape” is a duo set with pianist Stephen Grew, a series of unedited improvisations recorded, “…on a bitterly cold day in Lancaster Baptist Church…” While there’s absolutely no evidence of numbed fingers here, the weather certainly inspired the track titles and also (to these ears, at least) the crisp, clear quality of the music.

Hard Frost establishes the disc’s overall atmosphere: playful, engaging dialogue often comprising skittish flurries like cold fingers of sound running up and down the aural spine (apologies, I may not be able to resist the temptation of wintry references…) Beginning with light, crackling notes, and without ever losing its delicacy of structure, the sound gradually accretes in a series of layered textures. Throughout there’s a sense of great subtlety and restraint. The surface impression is minimalist but that would be to miss the light salting of scrapes, muted and bent notes and vibrato that adds a subtle depth.

The beginning of Shiver is a touch more foreboding. Bizarre perhaps, but I’m imagining some kind of animation in which Martin Pyne is playing a rack of icicles. Which leads on to the third track (Icicles) which has a more muted percussive quality, with rich clusters of sound, before evolving into a denser, more frenetic landscape. Slippery, appropriately enough features impressive balance with sharp moments of frantic flailing. And finally, After The Snow is thoughtful, even compacted in places, but with an overall sense of spreading and loosening. (Dare one say, a thaw? One just did.)

A vibrant, crystalline dance from start to finish by two clearly inspired musicians whose instruments merge in joint song with deceptive ease, effortlessly evoking the British winter. However, not just for icy days.