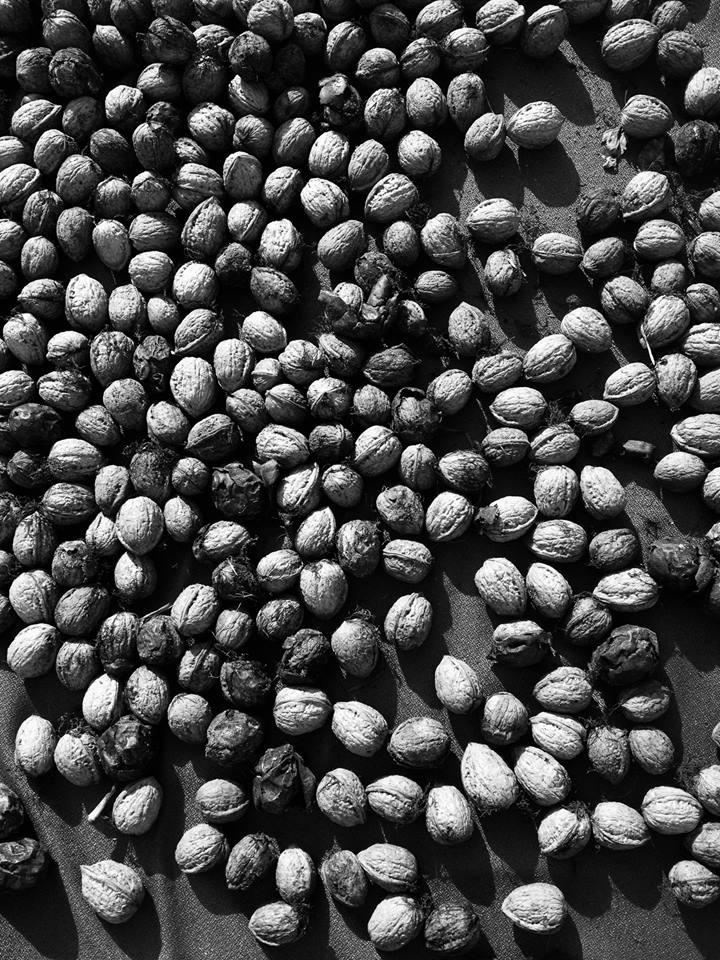 Any improvisation is, by definition, an experiment. But not all improvised input overtly experimental. Mundanity may be injected into any situation. Difference and unfamiliarity, which may be generated by means of constant change, discourage the normal and the predictable. Where are we going with this? Well, an improvising orchestra/ensemble, whose membership alters with each performance, is fertile soil for experimentation and unusual contributions… and this performance saw these (un)usual suspects reaching deep for outré sound combinations.

The first improvisation began with a clashing collage of tones and partial riffs from all but Selnik and Schneider. The result was an initial quasi-chaotic mass of throbbing sound – dark, amorphous, even a little scary really. As Selnik’s flute entered the fray, the fx-drenched guitar of Bagés (and maybe Cuevas’ bass as well) begins to sound like somebody juggling ball bearings in an echoey bucket. Add a garnish of Schneider’s non-verbal acrobatics and the ‘out there’ tone is set.

González’s conduction is minimalist tonight, seemingly focused on setting up combinations of players rather than directing what they should play. Case in point, a momentary duet between Chant and Bagés sets breathy harmonics against an electronic backdrop. Roca drops odd accents and beats into a propulsive 4/4 rhythm, leading to a mini-symphony of restricted breath, forced past the reeds of Chant, Mas and Bayer until blurts of purer sound erupt in a series of truncated phrases.

The second piece builds more gradually and is aggressively postmodern. Bass and drums slowly build to a sort of industrial/funk rhythm, as Bagés adds atonal scrapes, scratches and bends. This ‘power trio’ alternates with a spontaneous air-driven combination of reeds and voice with the two units building in volume and stridency – a reliable MU trope.

The third and final improvisation begins with shuddering unison drones from flute and bass clarinet. Slowly, everyone adds their own vibrations until the small venue is pulsing at the seams. Out of this near-chaos comes a glimpse of transcendence – a quiet and momentary sense of “Ah, that’s IT!” – as the intensity and volume spiral upwards, Schneider’s vocals providing a vibrant filigree before we resolve (collapse?) into a guitar-bass-drums mélange of  squalling, droning feedback.