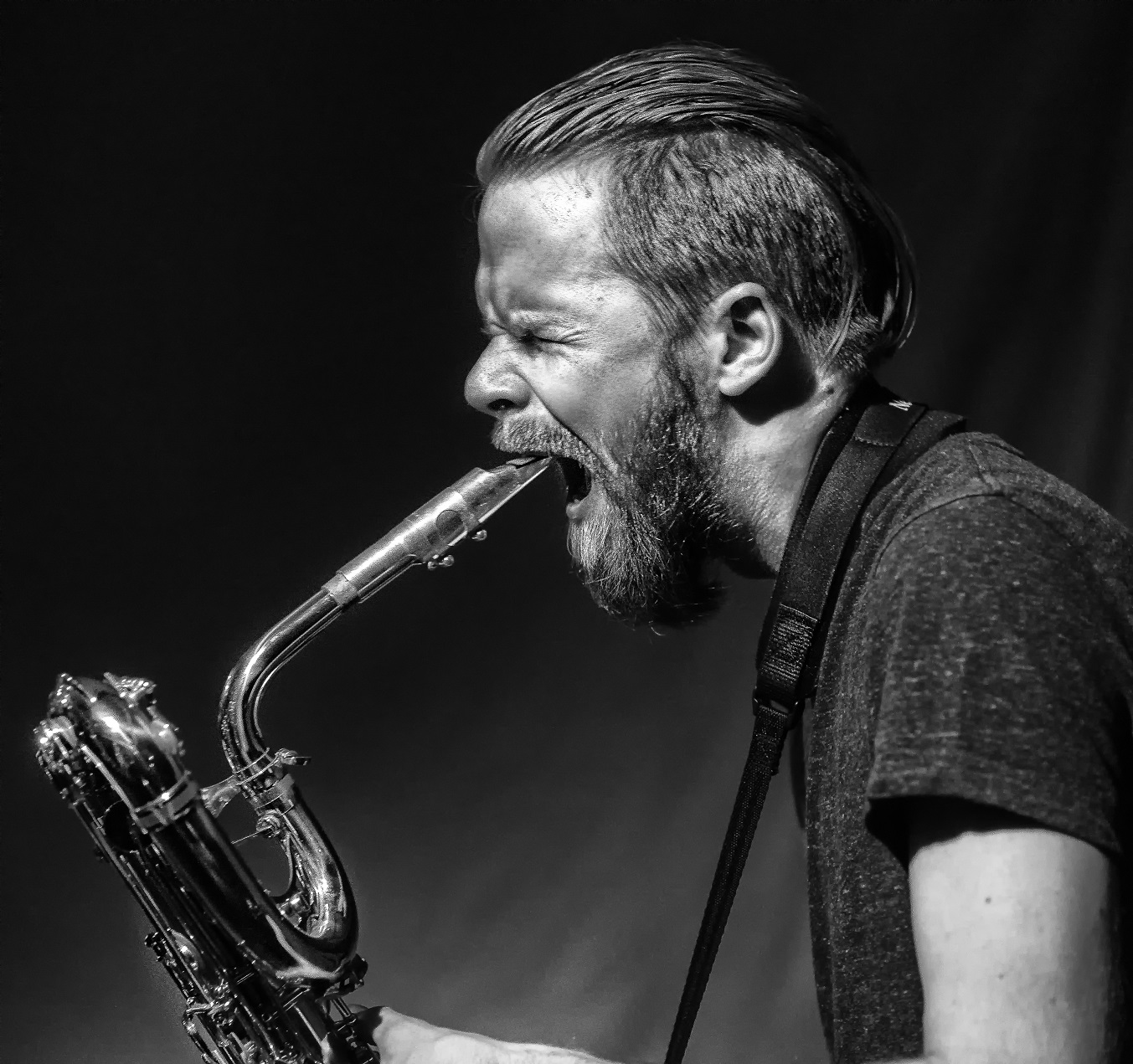 I first found Colin Webster’s music when trawling Bandcamp for fresh sources of improvised music. With Raw Tonk I hit the proverbial motherlode – I’ve never met a Raw Tonk release I didn’t like. As the man behind the label, it’s no surprise that Colin features heavily; especially enjoyable (for me, anyway) are Kodian Trio and Spain is the Place (almost certainly to feature on aJN’s Top Ten list for 2016), and thanks to this interview, I’m now aware of Sex Swing, whose upcoming debut album has been described as, “a heady combination of Suicide, Joy Division, The Thing, Brainticket, Motorhead, Harmonia and Third-era Portishead tweaking on brown acid.” So, without further ado, click ‘PLAY’ and read on…

1. What was your first musical instrument, and what did it mean to you?
When I was about eight years old my dad bought me an old piano. That was my first instrument and I suppose what started me down this path of being a musician, creating music, improvising, and all the rest of it.

2. Who or what are you listening to at the moment?
The truth is I’m working on a few new albums at the moment, so listening to a lot of myself! A lot of different mixes, masters, etc.. Apart from that, a few things that seem to be stacked near the stereo lately: Zs, Cactus Truck, Coleman Hawkins, Oxbow, Sunn O))), Frank Lowe.

3. Who is the most inspiring person you’ve collaborated with, and why?
Everyone I collaborate with at the moment is inspiring to me, and I’m not just saying that to be diplomatic. They all have strong identities as artists even if that has to carry across a few different projects. That’s definitely something to aspire to.

4. What have been the best and worst moments playing live?
Luckily I haven’t had too many worst moments, and usually those things are out of your control anyway. Something that still bugs me though, is when you realise that a performance is not going as well as it could due to something you control or could have prepared differently – like your position on stage, or practice, or instrument set up, or just being on the same wavelength as everyone else on stage. The best moments are when you don’t have to think about any of that stuff, everything feels right, and flows naturally.

5. Free improvisation remains an obscure, niche genre – how do you find and reach an audience for your work?
It is, and to some extent that’s unavoidable. Luckily I know a few people who are much more skilled than me at bringing the music to a wider audience!

6. Where do you stand on the streaming/downloading/file-sharing/musicians-not-getting-paid-for-their-music debate?
Personally I try to keep control of my own recordings as much as possible and share what I want to share. Sometimes I like giving stuff away for free, then sometime later you find it on some obscure Russian file sharing site or something, and potentially finding a new set of ears. Obviously the flip-side of that is the ongoing issue of getting paid, but at least there are things like Bandcamp that make it easier to sell music and merch directly to fans.

7. What’s next? (musically, geographically, recording, tours, ensembles, anything…)
A few things coming up this Autumn… Gaffer Fest in Lyon with Sheik Anorak and Steve Noble. Kodian Trio are playing in Belgium. The trio with Rogier Smal and David Birchall are doing some dates in the Netherlands. Also my quartet with Birchall, Otto Willberg and Andrew Cheetham have some UK dates. I’ll also be touring a bit with Sex Swing, plus a few more releases before the end of the year!

For a sample of Colin Webster’s fine work, check out: 3 thoughts on “7 Questions for… Colin Webster”