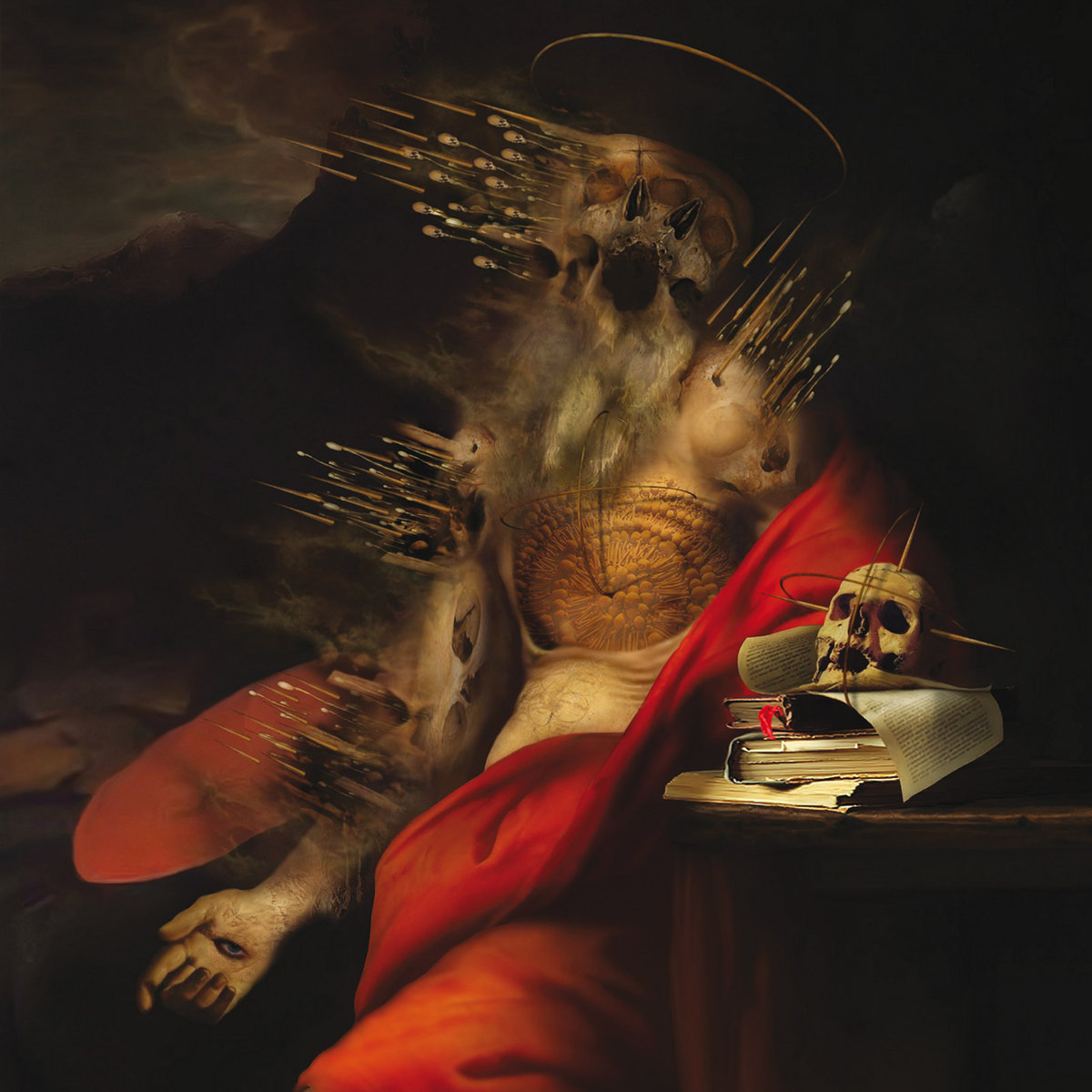 Pablo Selnik and Àlex Reviriego are stalwarts of the Barcelona improvised / free jazz / avant-experimental music scene and I’ve seen/heard them play in probably dozens of different contexts. Inhumankind however, is a unique project. Taking their shared love of black metal of all stripes (interviews namecheck influences such as Ulver, Darkthrone, Mayhem, La Torture des Ténèbres…) they started by arranging a couple of cover versions but quickly realised that this was no novelty project or private act of self-indulgence, but instead a viable fresh take not quite like anything heard before. The idea expanded to original compositions and thus Inhumankind was born.

Probably best to admit up front, I’m ignorant of much of the reference points here, certainly unfamiliar with black metal tropes, but can I just say, it’s possible to love this recording without fully understanding its context. I’ll leave it to other (better-informed) scribes to analyse just how clever this music is, how it simultaneously respects and twists genre conventions, how it contains sonic easter eggs for the initiated… because all that’s really necessary here is a pair of open ears, ideally connected to an open mind.

So what happens when you take a genre that tends to be dense, bold, noisy, harsh even, and express its dark, cabalistic depths with instruments more commonly associated with jazz and classical forms?

The first two tracks set out the stall. Double-Headed King’s layered guitaristic riffing in unison intersperses with short but operatic vocal splashes. The rapid tempo produces both anxiety and exhilaration as the tune twists like a mathematical earworm searching for the exit, doomed to cycle endlessly (well, 2:28 at least) in evolutionary frustration. Then, on Annihilation Of All Inferior Thought-Forms, bass and flute circle the entrance to the tune before plunging down the rabbit hole opened up by Baule’s swamp-like vocals. As they explore deeper, the space opens up around them, periodically illuminated by the darkly angelic Alías and Valero. Chthonic.

Obviously the available sonic palette is limited but that’s kind of the point. It’s stripped down, acoustically raw and offers no hiding places – a very honest sound (thanks in part, no doubt, to the production by metal and avant-garde producer, Colin Marston. Dip beneath the surface and a world of intricate detail is revealed – complex fractal patterns, extended techniques, coiling inwards ever-tighter. And besides, Selnik and Reviriego are smart enough to keep the tracks short, preferring to paint brief, evocative miniatures rather than drift into prog-metal excess.

Taken from another angle, it’s also quite disturbing. For example, Citizen Qayin combines playful and precise riffs with an ambience of gut-watering fear. And there’s a genuine shiver down the goosebumps when the whispering starts in Land Of The Shells… I’d say (lazily) that this music would be the ideal soundtrack for a horror film but I’m not sure which filmmaker could possibly live up to its promise…

As for the improvised and free jazz influences, they’re still there to be found and savoured, most obviously on the chaotic intro to Eternal Sleep with added percussion.

Self-Extinction is definitely a one of kind recording. The limited and non-traditional instrumentation provides a fresh sonic language and perspective for adventurous black metal fans, and for the rest of us, an unexpected entrance to a new world (a shadowed, crepuscular underworld but a world nonetheless).

To finish with a very dated reference from Red Dwarf… this music is like Lister’s triple fried egg chilli-chutney sandwich: all the ingredients might seem ‘wrong’ but put them together and it becomes ‘right’. So very, very right.

Self-Extinction is available on Bandcamp.

One thought on “Inhumankind – Self-Extinction”