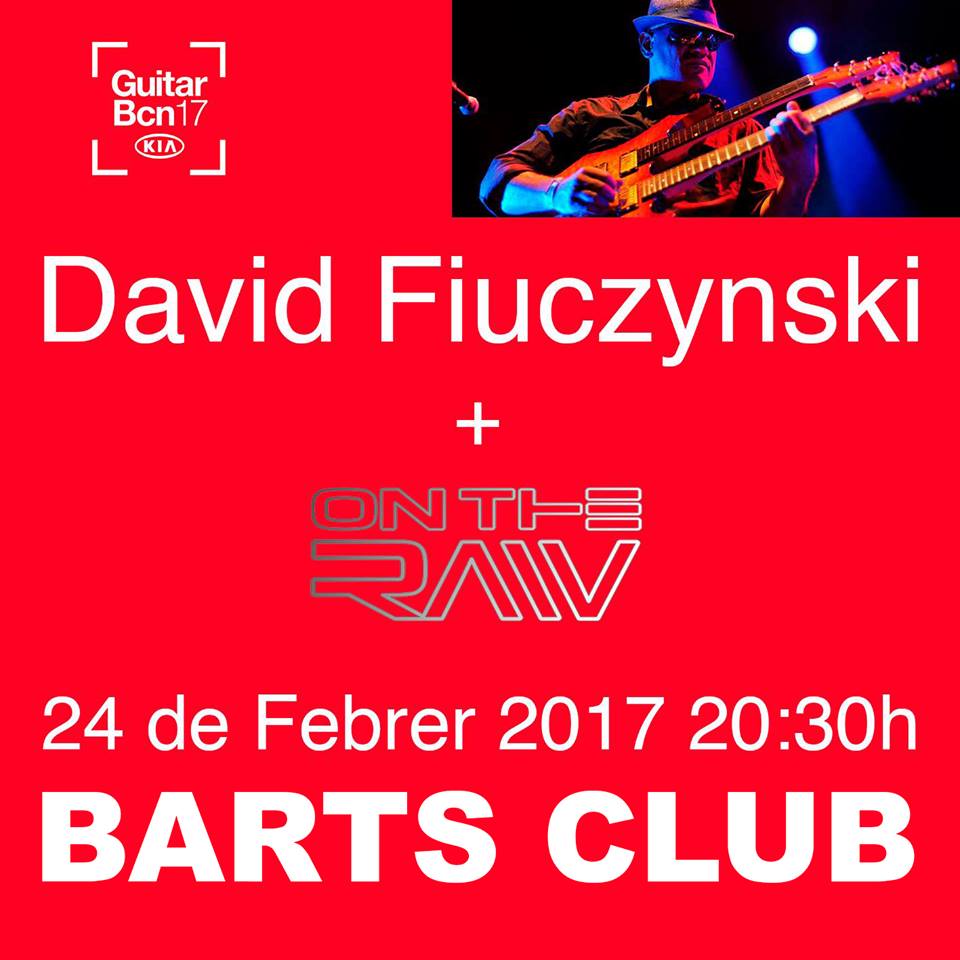 David Fiuczynski’s latest album (Flam! Blam! Pan-Asian Microjam! on RareNoise) ingests influences as diverse as Olivier Messiaen, J Dilla, Gagaku (ancient Japanese imperial court music), and birdsong. Tonight, before the first tune, Fiuczynski also promises us Beyoncé and The Simpsons. I missed the Beyoncé reference but caught The Simpsons theme tune. So much for my level, what about the musicians…?

With a Californian drummer from, a Ukrainian bass player, and Turkish hands on the keyboards/synths, it’s a suitably cosmopolitan band given the music. And together they are tight; a precision mechanism infused with soul. In fact, they should go on tour as a trio: adventurous, unafraid, frighteningly able, cliché-free, fluid, inventive… But then we add Fiuczynski to this heady mix. Let’s risk hyperbole: Fiuczynski is a ‘guitar god’, no argument. The man’s sheer technical ability is terrifying. Add to that the lunatic-yet-accessible compositions, a penchant for musical journeys, an ear for a melody, a gut for a groove, plus a sense of humour…

All four musicians showcased jaw-dropping technique(s) as they danced through a patchwork of time signatures and rhythms with an atonality that you could actually dance to (nobody did, despite Fiuczynski’s exhortations; mind you, he also encouraged us to get naked…) Definite highlights were the suite of birdsong pieces (especially Oiseaux JDillique) and, “a traditional klezmer melody played very non-traditionally…”

This is real ‘world music’: varied influences (so varied they’re not all human), seamlessly blended, impeccably played, the synergistic result is fresh and new, not reheated or awkwardly joined together. In a nutshell, derived maybe, but never derivative.

(Finally, an apology, I got that Utar Atun was on keyboards and synths but I couldn’t catch the names of the drummer or bass player – if anybody knows, let me know!)