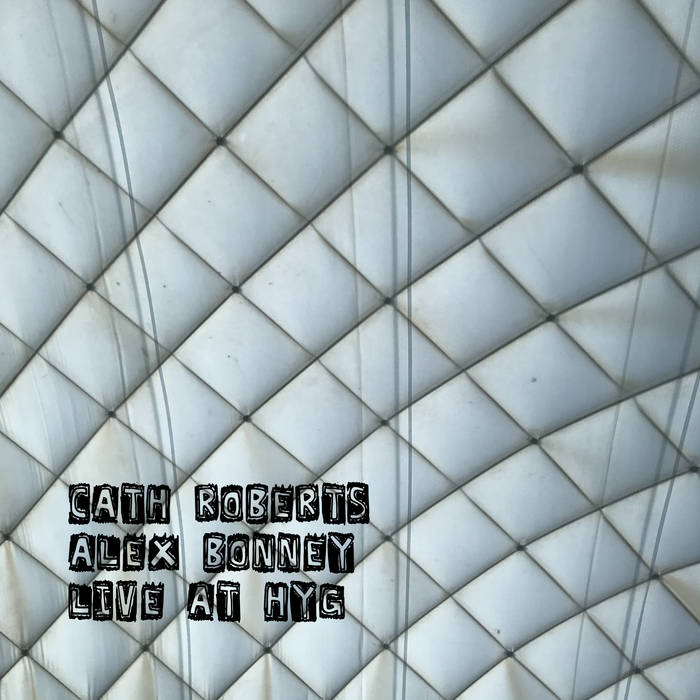 OEM are putting out some great live recordings, recently. Put this one in the same bracket as the trio of Arch One performances released at the end of April. Like those, this set from the Hundred Years Gallery is concise (half an hour is enough time for shape and statement to emerge, but still succinct), crystal-clear (every sonic detail in evidence), and of course, an enthralling conversation.

There are three instruments here – Roberts’ bari, Bonney’s trumpet and some sort of electronics (I want to say, no-input mixer but…?) – and the three are in perfect balance. The crackly, detuned radio, white noise vocalising at the beginning gives a backdrop to unhurried, architectural bari expectorations. Initially, the trumpet seems ‘electronicised’, merged with the fx for a harder edge but later the tone is purer(!?) with the electronic sounds largely textural, shading in otherwise empty portions of the sound picture with hums and clicks for subtly-added density (and I’m pretty sure towards the end of the half-hour the ‘radio’ starts picking up a sports commentary). Progressing, the trumpet offers drawn-out propositions, responding, provoking, entreating, and the punchy bari initially answers in a more fragmented mode before the two burst forth in mutual elegance.

Live at HYG is available from OEM’s Bandcamp page.