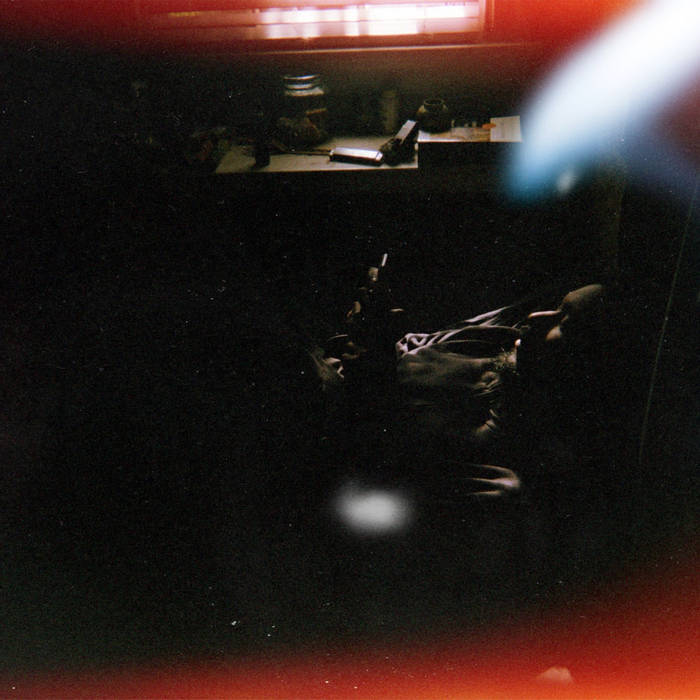 How best to approach a review of a new album by Abdul-Hakim Bilal? For any other reviewer facing this conundrum of how best to tackle a musician and composer with as many guises and musical shapeshifting aliases as Bilal could be intimidating. For this reviewer, someone who knows Bilal and has bled, cried, toured and lived together it can be even trickier. Do I approach the review as someone who is close to them? Can I remain objective enough to give critique if I see fit? Or do I come into it cold as if I never met them, only knowing them through the sonic reverberations coming through my stereo speakers? Maybe, if I play it just right, I can write about it both ways.

Since breaking into the Richmond, VA. music scene a little more than six years ago, few can argue that anyone has worked harder or tried so many different musical avenues as Bilal. Sporting at last count, two solo pseudonyms, and four active bands, they are creating a body of work that is keeping discogs busy. The projects they are involved in are vastly different from each other. I am very fortunate to play with Abdul in Among The Rocks And Roots, a punishing, distressed noise rock band where they showcase their skills as vocalist and bass player. I also get to spend time with Abdul in RAIC, the avant improv collective we founded and where they primarily use their skills as a guitar player and a skilled improvisor. They are also making waves in the newly formed Faucet, a frenetic noise rock quartet where Bilal’s crazed, brilliant drumming helps foster an attack on the senses. See them live to fully understand the onslaught. They also provide drums in Och, a blistering black metal threesome. And if that wasn’t enough they also perform uncomfortable, confrontational noise as Shame, who have dropped a few EP’s over the last couple of years. And lastly their other solo pseudonym, Grey Wulf provides more introspective moments and focuses on composition and emotional response. A trait that seems to bind all of their musical projects together is a sense of urgency and attack. Employing sonic shock and awe tactics in their various projects, it is surprising to note that on this album “Grey Wulf Presents, Seeing, Vol. 1” the quality that stands out the most is a sense of patience and restraint.

The album opens with Hallway Of Hands which gives a sense of the direction the whole album will take. Delicate and refined clusters of sound weave in with Hakim-Bilal’s angelic, vulnerable and ethereal vocals. The seven tracks on the album and this one in particular exude slow building drones that are at both times eerie and beautiful. The track slowly and patiently creates both a romantic and dark world for the listener to get lost in. After building to a slow rumble it dissolves into what is my personal and most rewarding track on the album, the stunning Storm Passes.

I have been fortunate enough to watch and hear Bilal’s compositional, production and mixing skills develop and mature over time. Those skills are most evident on the album as a whole and on this track in particular. Eschewing vocals this time, Storm Passes unfolds as part of a three part story. As a composer, Bilal’s theme and variation shine on this track. It starts with a dense and stark framework to give the listener a sense of dread and foreboding. For me what is amazing about this track is as a composer Bilal only shifts a few notes, the changes are subtle, but in those shifts they also shift moods. In this case what opened as dread, slowly dissolves into a sense of melancholy just shifting those few notes. Again the sense of longing and romance pervades the senses and these lush tones eventually give way to their keyboard, which calls upon a sense of hope. This sense of hope stays as Bilal reveals what they aspire to find after the aforementioned storm passes.

In For Now Bilal’s haunting vocal work returns to reverberterating, pulsating drones. The track aches with a longing melancholy of being stuck in the moment. Pensive and somber ambient tones work to pull emotions of the staunchest of listeners. Again, what is most striking about this work is the study in patience, in letting these tones overtake the listener slowly and seductively. When thinking about Bilal’s growing body of work one would rarely think about subtlety, but that compositional trait is used in abundance on this album garnering impressive and rewarding results.

Seeing, Vol. 1 tends to explore both the light and the dark equally. On the next track Reaching Into Snow the composer focuses solely on the light. As a centerpiece on the album, one walks away after hearing this album appreciating and acknowledging the dark, but being filled with light. This track is a good indicator of that. Luscious, fat warm tones pervade the senses and fill the listener with a sense of optimism. It’s positive and beautiful, stunning in its simple use of chords to bring about an incredible depth of emotion.

Down He Falls combines moody tension and balance, marrying rising guitar chords with Bilal’s delicate but effective vocal work. Bilal works best when they have something to build and here is no exception. The track shimmers with aching beauty, swelling with intense rising tones, slowly building until the tension becomes unbearable and then rightly stops.

In listening to Hums one is transported to a mysterious place. Polyphonic voices combine with low end drone to create just the right feeling of ritual. This is music of a cabalistic nature. You expect to walk in on a ceremony that maybe you should not be seeing. This track begs to be listened to with the lights out and candles lit. There is a slight menace to this piece as if something might be lurking behind the corner.

The album closes with Lighthouse, in which the title is fitting for both this piece and for the album as a whole. Lighthouses provide beacons and hope for approaching, weary ships. But they are also lonely and dark places for the keeper itself. It seems a fitting way to end the album as Bilal is allowing you to see the lonely, dark places they keep hidden in their soul but also as with much of their work, there is always light just up ahead. There is always the light. It may not be there yet but it is always within grasp.

There is nothing virtuosic about this album. That’s not the point of this work. Its simplicity tied in with compositional patience is what is intriguing about these pieces. I have watched and listened to Bilal grow as a composer and a player over these past six years. I have watched them hone mixing and producing. It’s been an honor to watch these skills unfold, slowly over time. And to be involved in that process somewhat myself. This is a stunning and beautiful work and should rank Bilal amongst the best in today’s minimalistic, ambient composers. It is music to recall long forgotten loves or to listen to on a Friday during a rainstorm, which I am currently doing. It is an album that will at times make you nostalgic for the past, but also look toward a brighter future. This is one of the best albums of the year, no question. I have watched Bilal grow a lot over six years. And I’m pretty excited to see where the next six years will take us collectively and them individually.  If Seeing, Vol. 1 is any indication it is going to be a very enjoyable ride on both fronts.

Hallway of Hands
Storm Passes
For Now
Reaching into Snow
Down He Falls
Hums
Lighthouse
(45:17)

Ben Rinehart – guitars on For Now
Abdul-Hakim Bilal – everything else

S e e i n g, Vol. 1 is available for download and on cassette from Grey Wulf’s Bandcamp page.