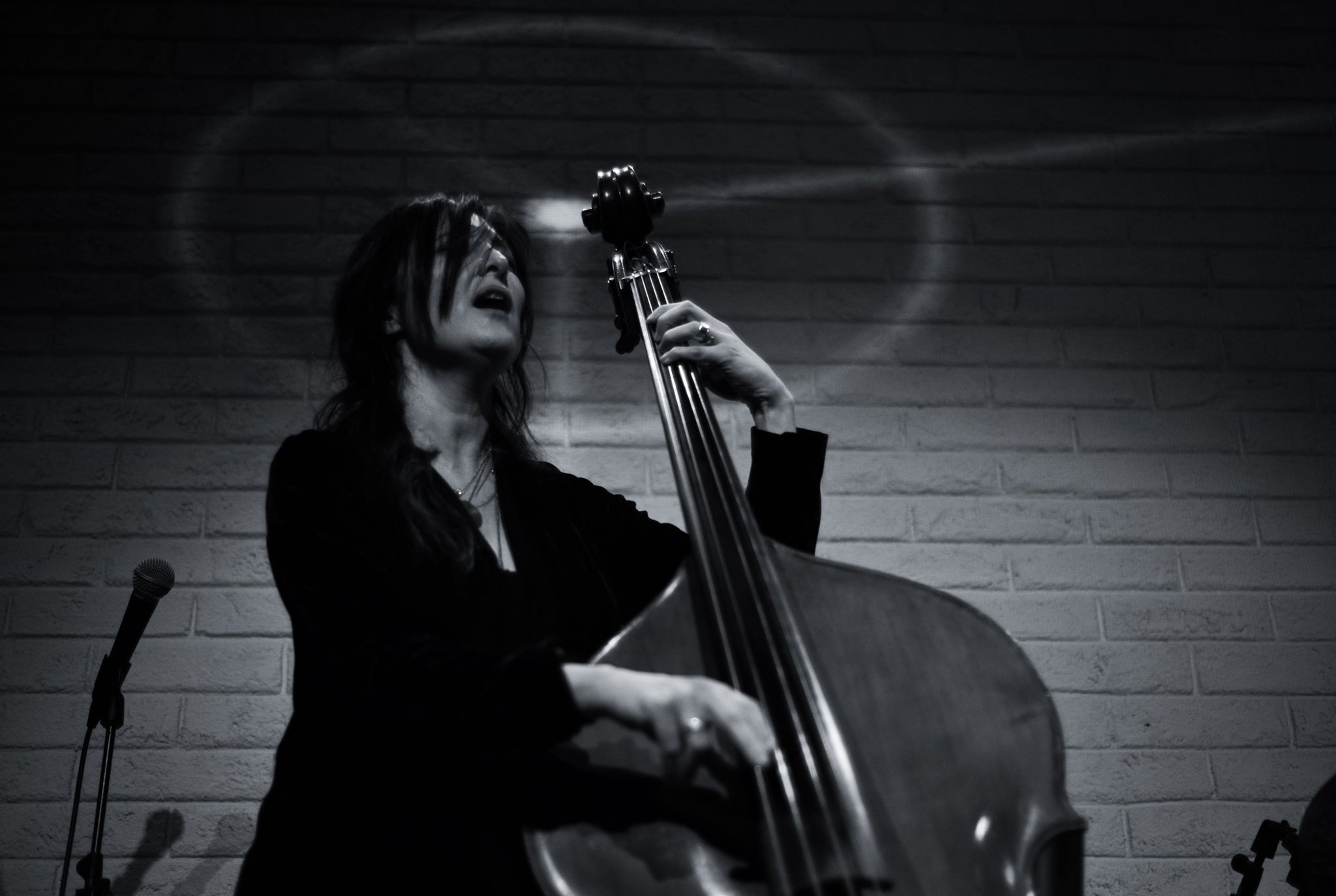 This may the first in an occasional series of features catching up with our past 7 Questions victims interviewees. A couple of years on, what’s new?
Giulia Valle was first featured in October 2015 and her album re-launch shortly after – “Lìbera” – was on aJN’s Best of 2015 list. For more recent news…

You’ve played a lot of concerts in the last 6-12 months, which was the most memorable?
Well, I wish I could have played even more concerts. Leading two (large) bands requires a lot of dedication and especially a lot of concerts to make them grow and grow. Even if the bands are absolutely mature and very strong, the more you play on stage, the more you get inspired, and this inspiration pushes you to write and develop ideas. It’s a work in progress. Anyway, in answer to your question, I prefer to think about which concert hasn’t been as memorable. Maybe one or two. All the rest have just been astonishing. I try to make every concert a celebration, as intense, precise, beautiful and breath-taking as possible. And  I have the right friends for the job.

On the recent US tour, how was it working with new collaborators Kush Abadey and Aruán Ortiz?
It was great working with Aruán and Kush. I already knew Aruán since he spent some time in Barcelona, almost 17 years ago! Now he’s a fantastic well-known musician in N.Y. Kush Abadey was a great surprise. Of course, I expected a talented drummer, since I’d watched his stuff on YouTube and Aruán had told me a lot about him too… but to play live with him was just a marvellous experience. He really is a great musician and very mature, despite his age.

Playing the US seems to be a fairly regular occurrence – what differences do you find between US and European audiences?
Well, let’s just say in the States (and Canada), people show their feelings towards music more: it’s easier to get standing ovations after a concert. BUT in Europe, I’ve always had great feedback too. I don’t think there’s that much difference between European and American audiences.

At the time of the previous interview (Oct 2015) you were about to launch the Líbera album. What response did you get, and are there any plans for more with that project? The Líbera album didn’t initially get the response I was expecting. It was mostly an experimental record and Spain is certainly not a country where this kind of work is easily appreciated – nobody really gave a shit about the product, except a very few people, mostly in the avant-garde and underground scene, which by that time (2012) was dying. The profound crisis in Spain even changed the demand for music – consumers were looking for easy listening experiences.

Then, three years after doing the record, I played with the same band, almost the same music, and with a dance company. We played in very different situations, especially dance festivals and for a wide range of audiences.

All those audiences and bookers got really enthusiastic about the music.

Then we started playing every month at a fancy club in Barcelona (Artte), to a packed crowd.

Eventually, Líbera evolved into the Giulia Valle Ensemble, probably one of my most exciting and mature projects. Now, the idea is to go back and record some more in April 2018. Never give up!