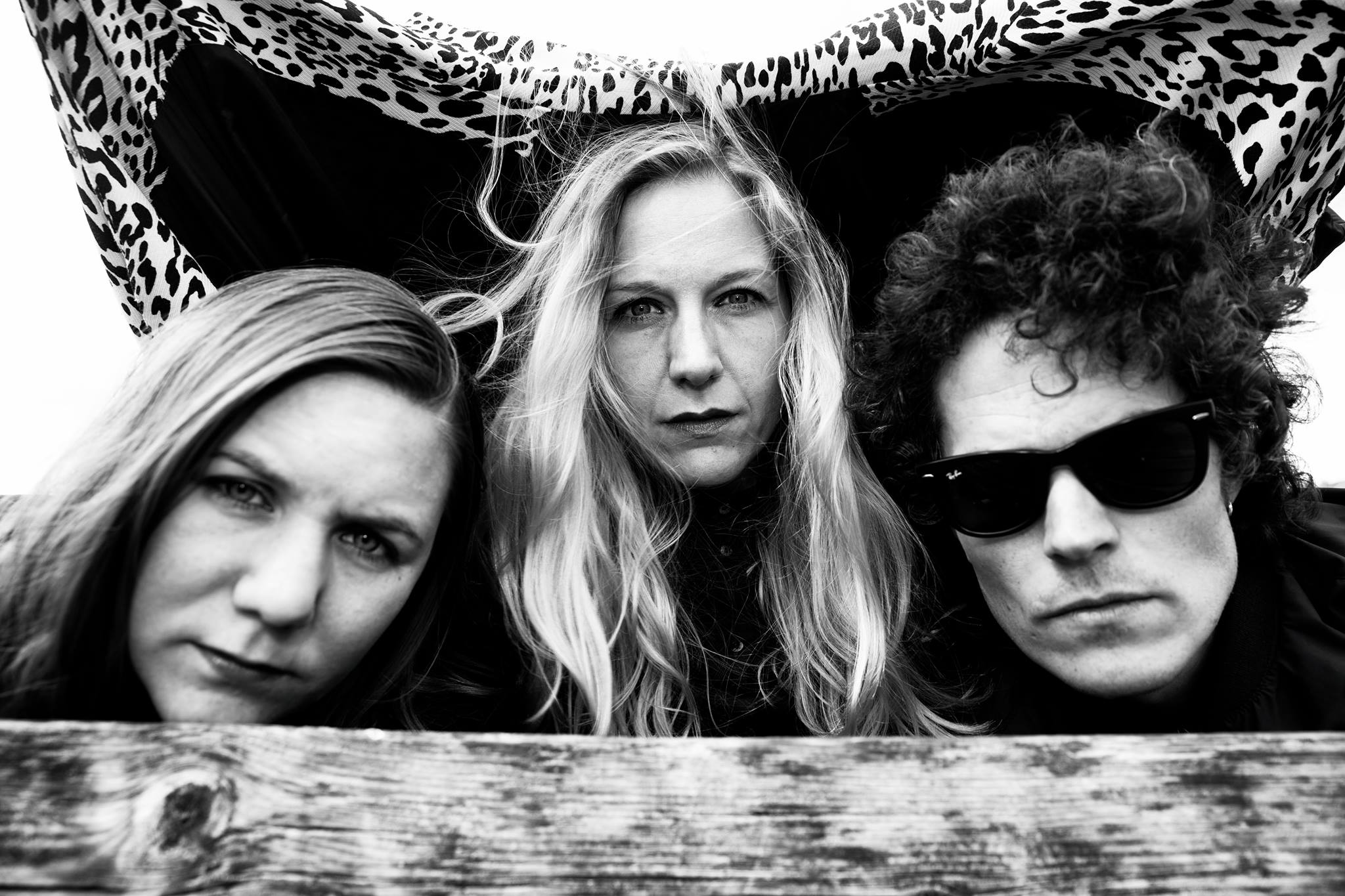 Sometimes, you just have to admit to your prejudices. And as much as I love jazz, and noise, and experimental leanings, and so on, my first love was and is heavy guitar rock. You know, the classic bludgeoning-yet-beautiful 70s stuff. So, ever since the Hedvig Mollestad Trio’s debut “Shoot!” in 2011 combined all my favourite things in one disc, I’ve been a bit of a fan. Follow-ups, “All of Them Witches” (2013) and “Enfant Terrible” (2014) just made things even better. And now, there are two new albums, the studio “Black Stabat Mater” and the limited live “Evil in Oslo”. Over to Hedvig herself…

1. Name an experience that contributed to your becoming a musician?
To see my father moved to tears by Miles Davis’ playing.

2. What’s the starting point for a composition? (assuming you have one!)
I have several starting points for a composition, and to me it is quite different each time I make a new song. But no matter where I start, it is just the urge to make something that takes the experience and transforms it into musical ideas. Sometimes it is only the urge itself, not just wanting to play or practice, but thriving to find a melody, or a line of chords, and make it solid, without having an actual idea of its character.

Sometimes the character of what I want to make is quite obvious, like I have an idea of a tempo and the feeling of a riff, and have to search for it while I play. Other times I start with something I recorded when I practice, a hook or a phrase that has a strong melodic identity, and work it out from there. Other times again, it can be something I read, something I see or hear or something I experience, that gives me a certain kind of emotional reaction, that I want to translate into music.

3. To my ‘tin ear’, it seems that the first three Trio albums are getting progressively heavier, the jazz-rock balance shifting in favour of rock (feel free to disagree, of course) – is that a deliberate choice?
The woods are not what they seem. Though I understand your question, I find it quite problematic to divide and discuss our, or any music, by genre, as it is hard to find consistent rules for each genre that we all agree on. But I do think that there is a direction towards something when listening to these three albums.

I’ll point out some of the main structures, and also try through my analysis to see if it actually moves towards a more rockified musical language – or not.

Now – simple solo schemes are not something that appear only in rock, if there even are solos, but very much in modal jazz, so this would be a tie.

The tracks are longer (rock: 1 – jazz: 3), relying more on the consistency of the band’s live capacity and ability to make interesting music over a period of more than three minutes (rock: 1 – jazz: 4). Also, the length of a piece is not set. It lasts as long as it does, that changes from one performance to another (rock: 1 – jazz: 5).

The titles of the tracks operate with a language more associated with rock, containing words like shoot, gun, bitch, witch, rex, judas, acid, boule noire, ashes, dead, blood, etc. (rock: 4 – jazz: 7). Still, many of the songs on “Shoot!” have a less experimental attitude, and are more founded in a jazz-rock guitar tradition, not least as it is played by all instruments (rock: 5 – jazz: 7).

We have no intention of wanting our music to go in certain genre directions, when we work, we want the music to have quality in its performance, in its melodic and harmonic structrures, we seek variety within what we do, we want it to be believable, trustworthy and have a direct approach, trying to reach into our audience by bringing to the table our own emotional involvement. If we have all that, we don’t care whether people call it jazz or rock or baroque or hot dog.

4. Who is the most inspiring person you’ve collaborated with, and why?
Jon Eberson. To get the opportunity to come closer to his exquisite playing and his philosophy behind it was mindblowing. To be a part of it musically was like going back to childhood – feeling so safe and learning so much, knowing there is a whole world you might never fully grasp.

5. What’s the one quality you think every musician must have?
Sincerity.

6. Where do you stand on the streaming/downloading/file-sharing/musicians-not-getting-paid-for-their-music debate?
It’s very problematic and no doubt extremely unfair to composers. I do hope and believe though, that there will be solutions in the future that justify the work done by the composers that shares the surplus more righteously.

7. If money and time were no object, what would your next project be?
Or shyness? Making music to a movie by Darren Aronofsky. Or Werner Herzog. Or Lars Von Trier.

All albums available from Rune Grammofon.