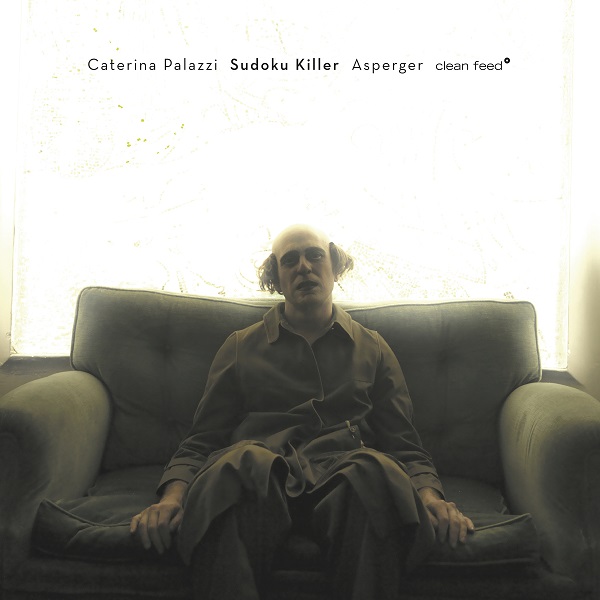 Grimilde (from Snow White)
Jasper and Horace (from 101 Dalmatians)
Maleficent (from Sleeping Beauty)
Edgar the Butler (from Aristocats)
Medusa (from The Rescuers)
(55:47)

They probably shouldn’t have been but Caterina Palazzi and Sudoku Killer – like so many intriguing musical projects – were unknown to me before this disc. My bad. I like sudoku so the band name alone is going to raise my eyebrows (and interest) and luckily the racket within raised my ears as well. What’s more, this is just what the world has been missing, a psych-rock-noise-jazz Disney tribute album! Well, I’m not sure it’s exactly a tribute… Each track is the villain’s theme from a Disney film, said theme being deconstructed, rearranged, altered, tweaked and generally buggered with.

(Un)Fortunately, I am blessed with an almost complete ignorance of Disney musicals and songs (The Jungle Book may be the exception) so I sit in appreciation of these tunes without too much prior baggage.  And who cares? It’s a blinding album in its own right. If Disney is the inspiration, there’s blessed little evidence of it here – give the tunes new titles and this is pure and beautiful Ayler-infused rock’n’roll with a dark edge and a brooding centre.

BTW, If you’re wondering about the  title, the way Palazzi works is to choose a title that reflects the content of the next album, which in this case will have a psychiatric disorder theme. The previous album was Infanticide and symbolised the killing off of a simplistic childhood worldview of good and bad, winners and losers; presumably by giving each villain/loser a great tune and thus attracting us toward evil – the devils really do have all the best tunes.