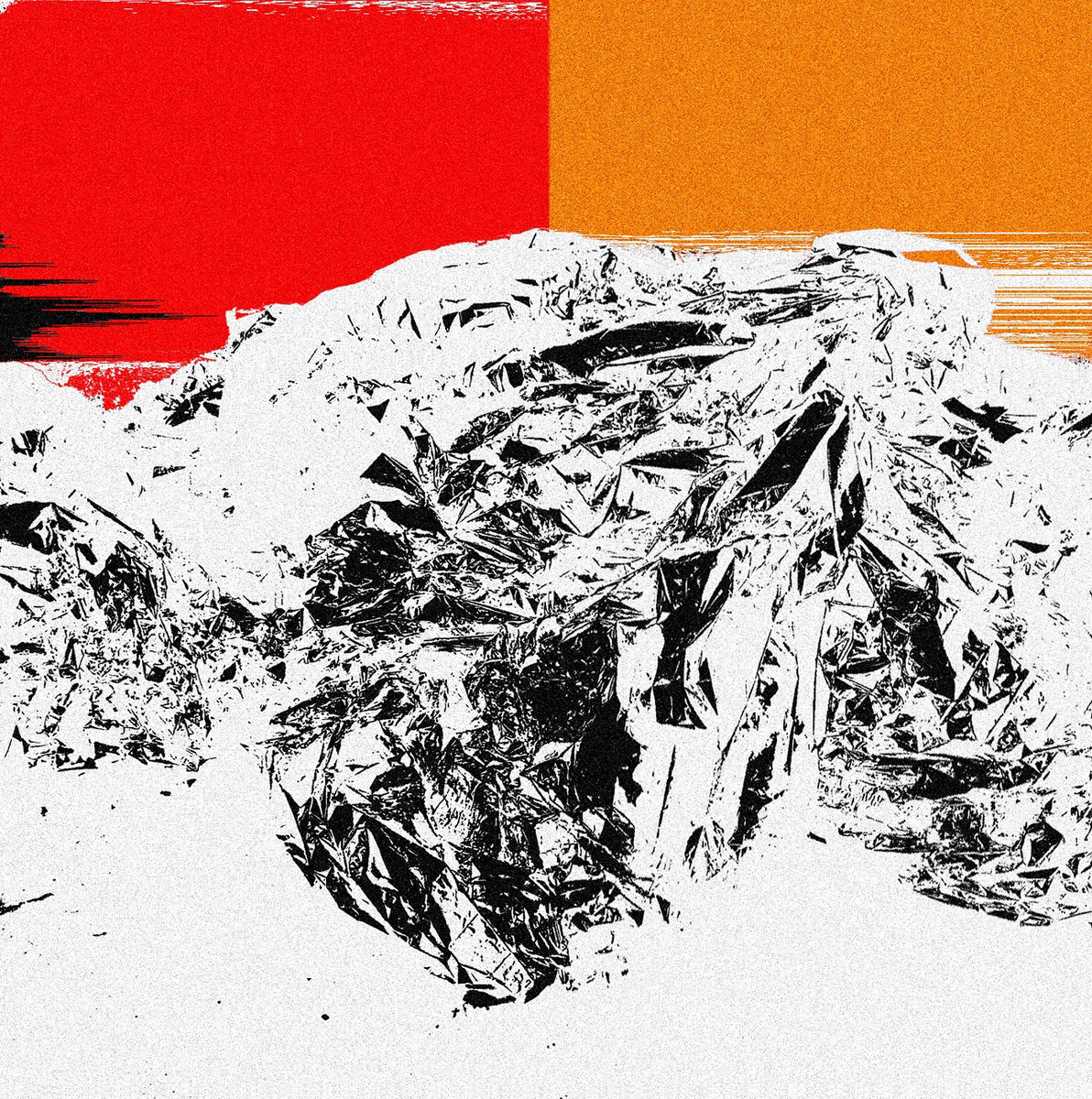 Described as, “a fake-concept-album, where drums and guitar samples cohabit, fight, love and breed,” Mountains of Powerless is seven viciously enticing chunks of sound – you could be a rhinoceros and this would still get under your skin – with pulsating industrial soundscapes, glacial guitar feedback sculptures, and outworld rituals for a portable, battery-powered age.

The first three tracks are hazy, distorted facets of the same vision: layer upon layer of perverse aural expression. All I Can See is a Lizard was recorded inside a cavernous plughole. Passage carries the same thrilling shock as an avalanche. And for both, volume, lots, brings up the details and enhances the general WTFness of it all. Pear and Fennel is a sorbet, all cleansing lightness in comparison before Awa Jnoun and I Can Explain bring cheap calypso beats hacked in a haunted factory by a choir of throat singers writing a postcard from R’lyeh. As for I Booked… it sounds as I imagine Jovian whale song would, dense, heavy, asphyxitive (not a word, I checked).

The mainstream crossover can’t be far off…

Intro
All I Can See is a Lizard
Passage (Live at Café Kino, Bristol)
Pear and Fennel
I Can Explain
I Booked an Airplane Ticket Completely Drunk and Woke Up in St John, Canada
(54:46)
Wormhole World

One thought on “Sgt. Elyas – Mountains of Powerless”