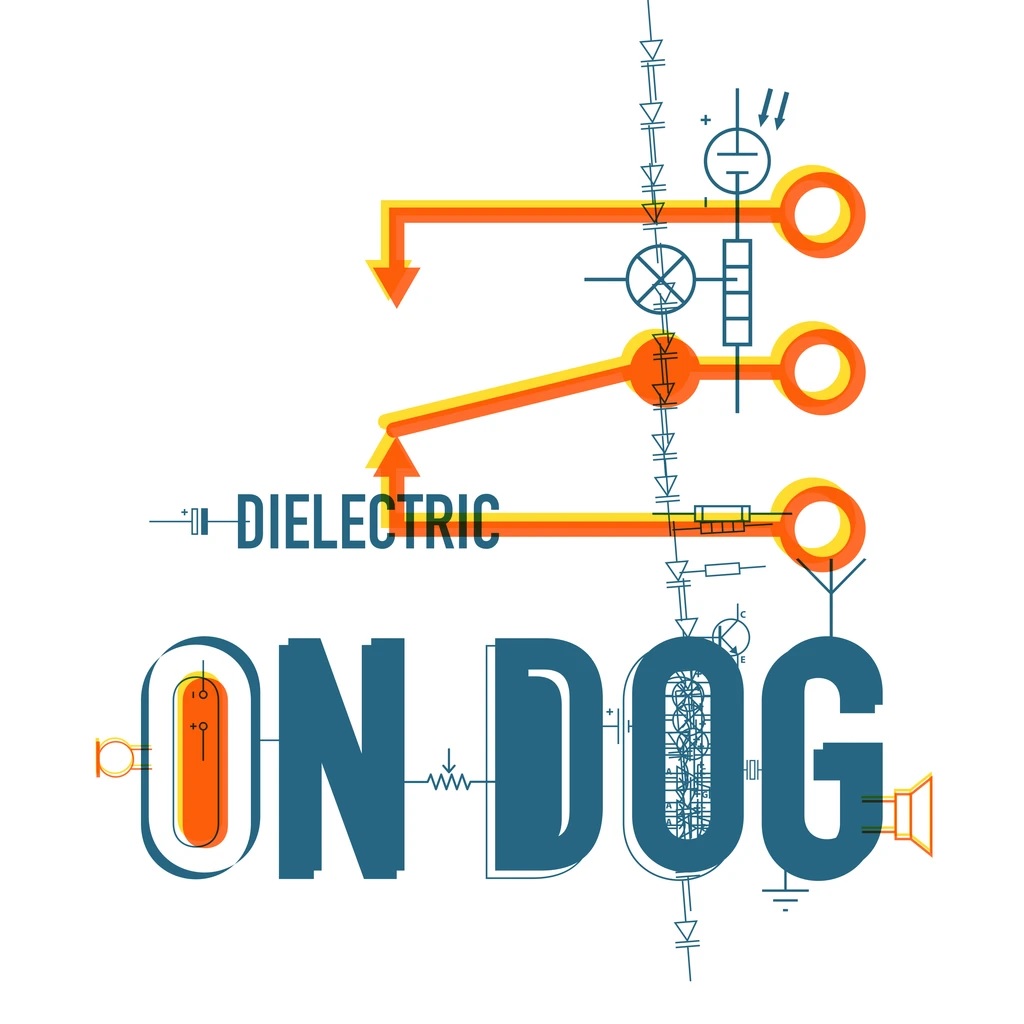 On this third release, On Dog’s compositional approach is salted with improvisation and the sound palette adds synthesizers and electronic textures to create eleven tracks of utter individuality – one second pure ebullience, the next complex sorrow, the next bobbing for past references to turn inside out…

Random thought: part-way through Nimmersatt, I found I was imagining a sombre, moody Duke Ellington Orchestra. Bizarre, I know, but… in fact, there are many fleeting familiarities throughout this album, memories refracted through a darkened funhouse prism. And for all the stylistic variance, it flows. It jumps but never jars, each surprise turn reveals a new vista.

On Word of Mouth, the baritone and bass voices together with slow footstep percussion create a quasi-funeral air, almost hymn-like (if it’s a wordless hymn in praise of an avant-god) leading into the atmospheric Möbius drones and fog-voices on Elliptic. Schnauzers is upbeat but dark, heavy but easy to ride, a frenetic melange with oomph in which the three-horn line up creates a nimble density that is oddly uplifting.The Cat Takes Revenge And Kills Curiosity appropriately toys with the listener, gently at first, surrounded with percussion, then Solborg’s guitar walks the brink with stately atonality before Dielectric’s feedback sculptures, high-droning reeds and leaking-steam cymbals bring us to an abstract finish, all planes and smears of sound.

Dielectric is available from ILK Music.