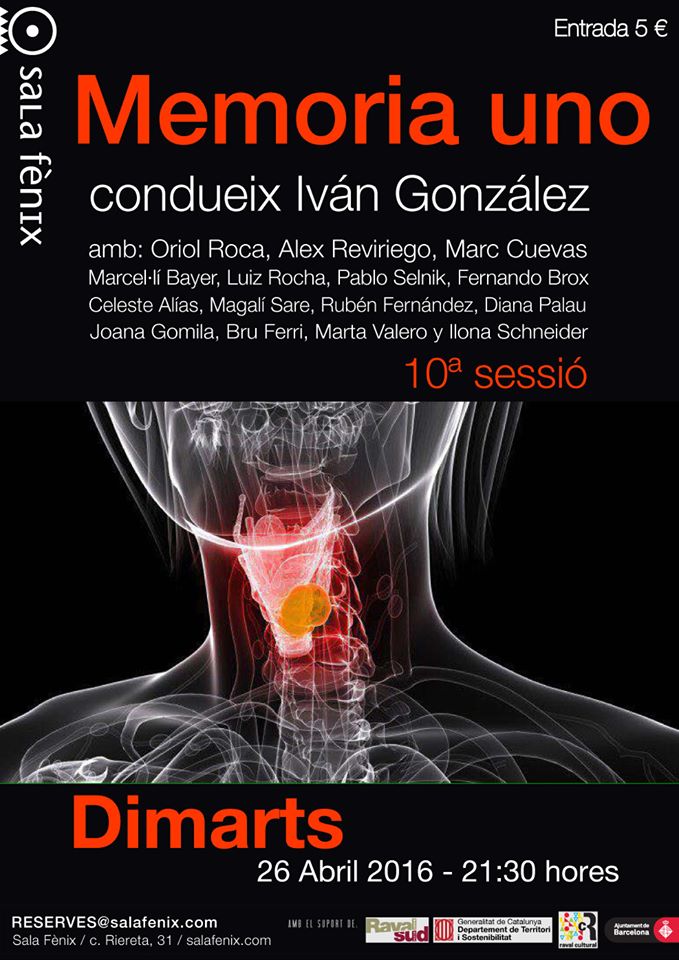 It’s a quieter start than usual. A touch of prepared bass, a hint of flute, a subdued clarinet, all easing us into who knows what…

Iván González brings the voices in early. A kind of improvising choir without plan or expectation, pure anticipation. Different vocalists are cued, building layer after layer of truncated patterns. Twin basses add texture and density, one arco, one pizzicato, as the eight vocalists demonstrate the range of non-verbal sounds available to the human voice: sustained tones as pure as water, earthy groans, gurgles and growls, fractured semi-words, and pure glossolalia.

Having demonstrated the vocal palette (palate?) the blowers and bowers get a chance, backed by Roca’s shimmering cymbal-work. As more nuanced splashes of vocal colour are added, the whole thing takes on a momentarily eerie ambience (think 1970s sci-fi horror soundtrack – if the insects ever do take over the Earth, this is their theme tune) before developing a chanting, ritual quality against Roca’s ever-so-slightly swinging drums.

González takes a few minutes to dabble in exhalation, kind of heavy breathing but without the seedy overtones; this breathy theme spreads to the flutes (close your eyes and it’s becoming difficult to hear which sounds are pure organic and which emanate from an instrument.

At one point, thanks to the symmetrical seating plan, the ensemble is treated as two septets (plus Roca who divides himself down the middle, I guess), one on the left ‘channel’ and one on the right, allowing a clash of two differing transient improvisations.

More breath, this time Rocha and Bayer applying a little circular breathing to the bass clarinets as Cuevas and Reviriego supply a twin arco drone. The vocals are quickly and lavishly layered on top, creating quite the wall of sound before most are abruptly cut off, revealing two or three softer, lighter tones that had been hidden beneath.

Not many solo spots and the set is shorter than usual, which is a shame, but as a variation on the Memoria Uno ‘formula’ it works well: an extended exploration of voice and breath which hints at intriguing possibilities.