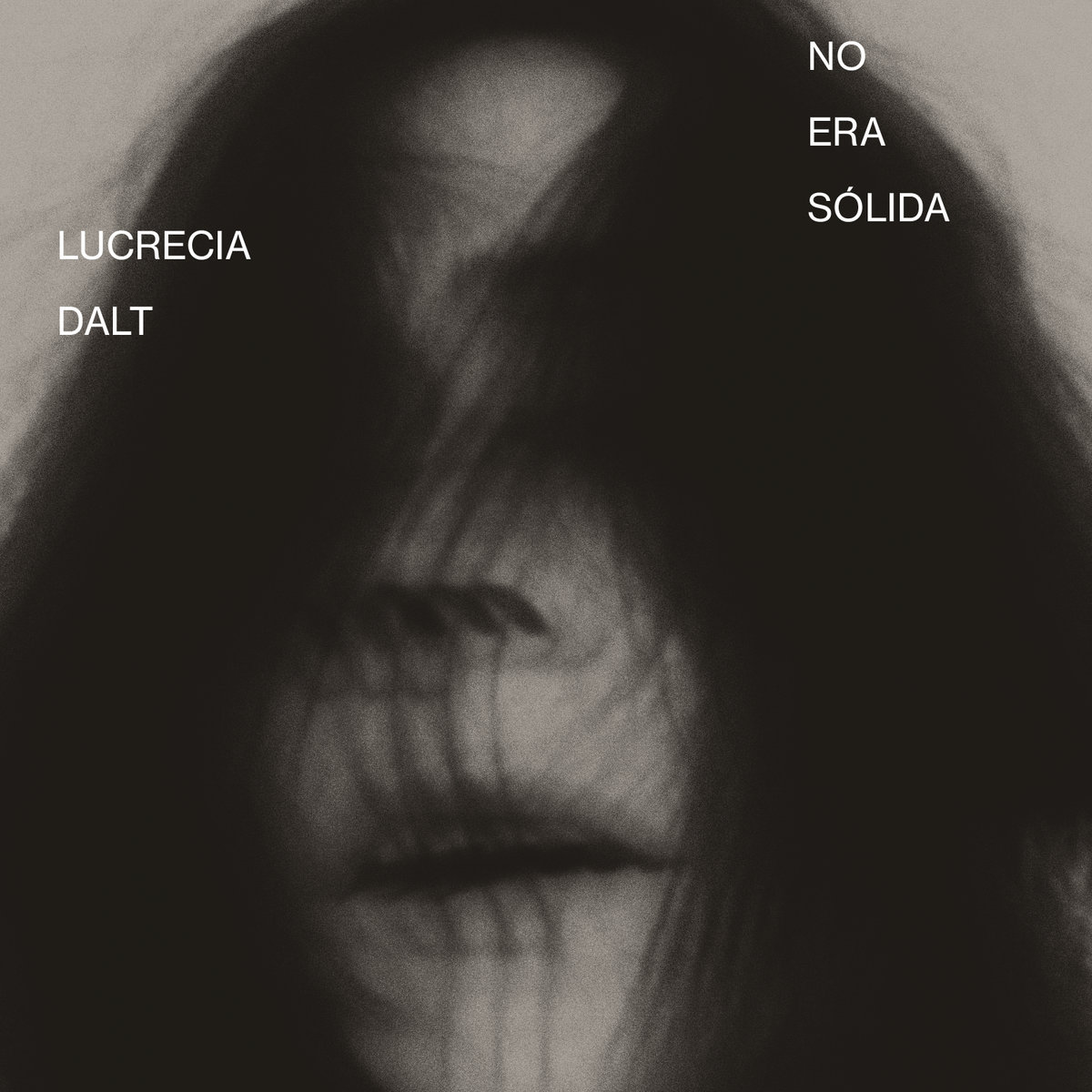 This recent release on the RVNG Intl label finds Colombian-born sound artist Dalt, now residing in Berlin, taking you on a journey to a sonic world that doesn’t really sound like anything that is out there these days. A delicate balance between ambient, avant garde and low key electronica, her seventh album sounds like the markings of a world only Dalt inhabits. How she has navigated through seven albums without entering my radar is a surprise but I am glad I have made contact with this otherworldly, completely strange and alluring music.

I love music that makes me feel in unexpected ways. No era sólida is like that. There is an odd sensuality to the dreamlike sonic reverberations here and I can’t define the reason why. It’s not overtly sexual in nature; far from it. Dalt has managed to take a sound world that is increasingly alien and progressively more strange as the album goes on and is capable of conjuring up odd unexpected feelings of desire. Album opener Disuelta which at times sounds like a childhood lullaby marked with swelling electronic pulses, might be the most straightforward piece on the album yet it’s far from anything considered normal. The song is a way of gently letting the listener into this world which progressively gets more strange as the album progresses to the point where it almost does not sound human any more.

Disuelta gives way to the album’s second track the haunting Seca. Dalt’s vocals are processed through whispered echoes which seemingly float through the backdrop of the sound source, which sounds to these ears like a record played backwards. This gives the track a menacing undertone, with Dalt’s alluring, enchanting but creepy vocals giving it the proper duality to function as an unsettling but at the same time slightly soothing piece. The effect is sort of like being on a boat in a tumultuous ocean. It makes you feel as if on uneven ground.

This is quite simply possession music. Her Colombian and German places of residence are not inherently obvious in the music as Dalt appears here as apparition, not tethered by location but belonging to a place outside of simple geography. Meaning this shit is out there. Driven by rhythmic tremors and answering to lunar echoes, Dalt’s world is a strange one, this is ceremony music for aliens. The third track Coatlicue S. gives credence to these claims. Dalt uses the Aztec earth goddess deity Coatlicue as muse for this song and the duality of what this deity inhabits informs Dalt’s own duality in her music. Coatlicue’s image of a face of two fanged serpents adorning a necklace of hands, hearts and skulls presents Dalt as both nurturer and destroyer. Depending on where you might happen to find yourself on the record, Dalt can appear comforting and alluring. Or at times intensely frightening and horrific.

In an album filled with wonders Ser boca might be the best song on the album as again Dalt uses low key odd electronica coupled with the first appearance of some type of structural rhythm and percussion. Metallic clangs weave in and out of the percussive time signatures and Dalt delivers her sweetest, most vulnerable vocal on the album. Her voice here sounds ethereal and again the duality of the music is what makes the song striking. Dalt’s sweet voice over this intensely odd soft industrial sound landscape is quite simply a treasure.

Side B starts in almost the same way as Side A with Di, a pseudo lullaby with what sounds like a processed accordion as the main sound source and Dalt supplying an almost choral-like vocal. Her vocal work on this album is at times restrained as evidenced here with her voice not prominent but buried in the mix as if it were another instrument. Which in the context of much of No era sólida, Dalt’s vocal approach to this album is appropriate.

Suprema acts as a brief segue or interlude to the album’s most frightening track Revuelta. This is music for a horror film that doesn’t exist. Dalt’s voice here appears ghostly coming in and out of the mix as jump scare. Everything about this album is extraordinary including the cover photo. A close up of Dalt with her hair masking most of her face and the blurry nature of the photo makes sense considering the context of this album. It appears to be an examination of the self except through a dulled and blurred lens. Maybe it is an examination of the self through the guise of a nightmare like on this track. Other times this examination is a skewed, dreamlike state. But what binds it all together is it’s always a distorted and confusing vision. Maybe Dalt is viewing herself as if seeing yourself in the mirror wearing glasses with the lenses cracked. You recognize the image you see but it’s distorted.

The more I listen to this, the more I am reminded of Mica Levi’s low key but similarly creepy score to Under The Skin. The space utilized in the percussion of Endiendo with Dalt using vocal sorcery to conjure visions of an alien landscape is unsettling but satisfying.

Album closer and title track No era sólida once again uses sparse instrumentation and Dalt takes full advantage, this time reciting the lyrics as if reading from a book in a mysterious ceremony that only she understands.

In a year marked by pandemic when it seems music has taken a backseat to social unrest and the need to social distance, it’s refreshing that good, strange music still has a way of being born into a sort of new world. At the end of the year I will be agonizing between this album and Oranssi Pazuzu’s incredible black metal opus “Mestarin Kynsi” as my pick for album of the year. Both albums share a common bond. Both artists have taken a genre and expanded it and left behind the trappings of said genre and from that created music that sounds like nothing else being created today. No era sólida is quite simply an otherworldly masterpiece. The best part about finding out about this album is Lucrecia Dalt has six other albums. I get to explore and go backwards in time to discover the path that led to the creation of this incredible sound world. I’ve got a whole lot of listening ahead of me. I’m sure the journey will be a strange one.

No era sólida is available on vinyl, CD and download from RVNG’s Bandcamp page.