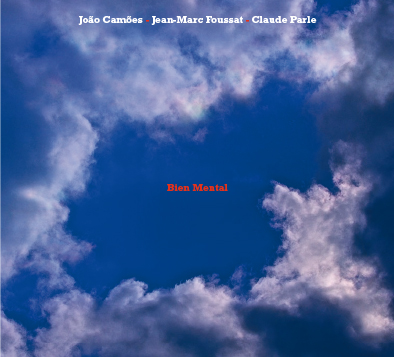 This is an absolutely restless 40 minutes of three-way improvisation, never pausing, never hesitating, never lost, never satisfied, a non-stop series of leaps from one fractured acoustic-electric soundscape to another with fearless movement, connection, and flow.

The unusual instrumentation is evenly balanced throughout, often blending seamlessly to create single unified sonic blocks. Foussat’s electronics take the role of wild card. From menacing low-level drones and white noise to electronic filigree and embellishment, he adds texture and builds atmosphere as Camões and Parle instruments lurch, sway, concentrate and expand, providing the breath for the body of sound.

The third track, Déchirure is probably the pièce de résistance, an improvised suite portraying a rolling auditory journey through an apocalyptic landscape of the present. But the whole disc is an exemplar of textural yin and yang. Frequently, harsh, frenzied avalanches of notes coalesce from the viola and accordion, usually embellished by Foussat to disturbing effect. Like the soundtrack to a film that David Lynch has yet to make. And then, periods of pause and gentility, the volume falls, abrasion dissipates, and the listener is permitted to catch their breath and connect to a little beauty before the next assault.

“Bien Mental” is an experiment in pure sound and while experimental improvised music often makes for an enthralling concert experience, it’s a little more difficult to pull off something compelling enough for home listening.

Camões, Foussat and Parle have done so.