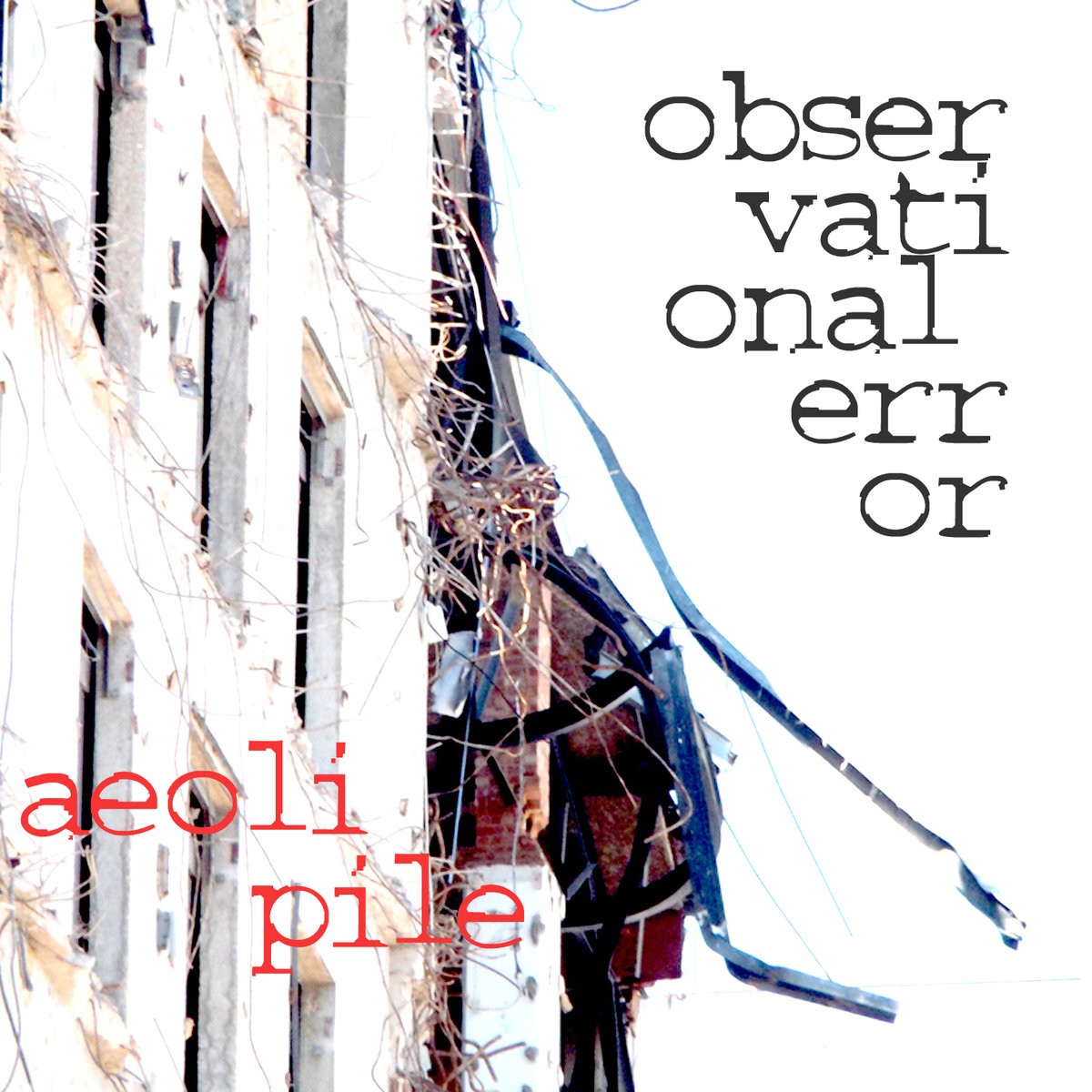 I’ve heard bits of Aeolipile before, but nothing quite prepared me for this little gem. I don’t know much about them except that they’re from Brighton and notorious experimental artist Jason Williams is in the band, so some danger is to be expected since most of his performances seem to involve the use of a first aid kit afterwards…. and quite frankly you might need medical attention after listening to this.

Occasionally the relentless assault lets up for a bit although those moments can hardly be described as relaxed or mellow. I’d love to drink in the kind of wine bar that would put these guys on. Drummer Andy Pyne goes at it like Beaver Harris being assaulted with a cattle prod – rhythmic sophistication and primitive danger rarely coincide like this, Tom Roberts plays electric bass like Boris The Spider on angel dust with a grunting distorted tone that sounds like it just crawled out of Lemmy’s grave. And the twin sax attack of Ross Mason and Jason Williams screams, bellows, twitches and jerks like the reanimated corpse of Rasputin being sliced up by Ichi The Killer.

There are very few examples of bass guitar being used in free jazz, but on the basis of this it should be compulsory, Tom Roberts’ agility and inventiveness on the bass is in marked contrast to the worthy ploddingness you find from Bill Laswell on those Last Exit albums. Apart from the lack of guitar I like this more than Last Exit which may cause some consternation, but this is more sprightly and energetic and downright rude, like the queen delivering her Christmas message wearing a gimp mask and a strap-on. Maybe Mr Williams will stop destroying his guitars in the name of art long enough to play a bit on a future Aeolipile release, although the stuttering and wailing and rusty razor shredding on here is enough to make most guitarists shit their pants and go back home to mummy. There’s a wonderful lack of sax cliches here and more of a spiky, barbed wire down a blackboard skreek that you don’t find very often unless you enjoy having violent sex on a bed of nails. Please send photos if you do.

I hope these guys get out and do some gigs. Now Dead Neanderthals have turned into disappointing dronesters we need a band like this to make us reach for the cocodamol.

Do I get a reward for not mentioning ‘punk jazz’? Oh damn….