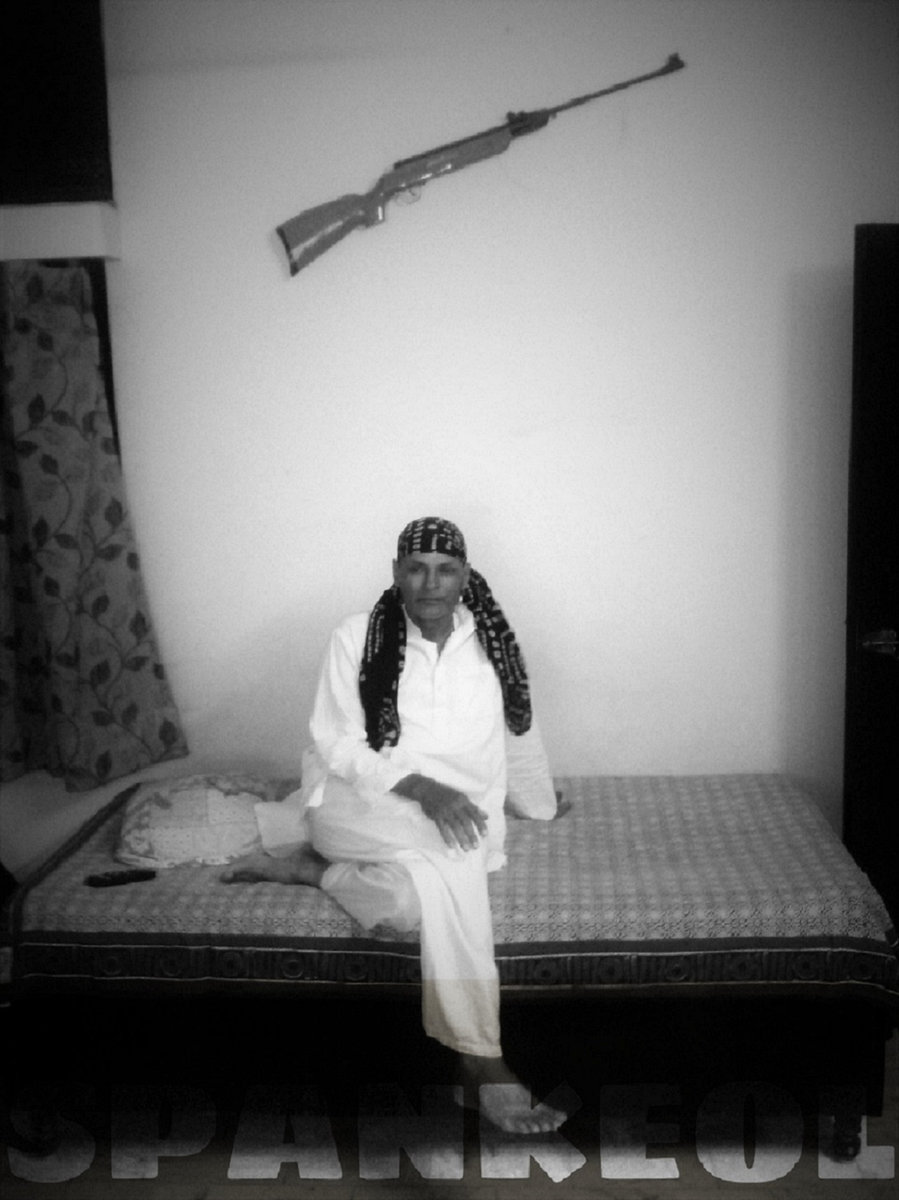 One thing the internet is great for is following the breadcrumbs deeper into the forest (or if you want to be James Woods, “Ooh, piece of candy!”) finding new and different musics and artists that previously would likely have been forever beyond your reach. One such trail led me to the music of Mounaeir Keirs, otherwise known as Spankeol. It’s a heady brew, partaking of elements of free jazz and improvisation, punk, twisted soul loops, field recordings, garage rock and old sci-fi soundtracks. In other words, he doesn’t sound like anyone else. Dip your toe in the waters of Indian improv…

2. What was the first music you ever bought, and the most recent?
First music I ever bought (or forced my brother to buy for me) was Music for the Jilted Generation by Prodigy on tape which I thought was sped up hip-hop fused with everything popular at the time. The latest or most recent music I recently bought again on tape is Fresh Pond Fish by Indian experimental duo Jessop & Co who uses these field recordings to create sounds and make them sound more human and natural in their own way.

4. What are your non-musical influences?
Everyday people, friends, new weird experiences, my family, anyone with an open mind towards any kind of music and it can even be you (Dave), who knows, I might write a riff for you in the future.

5. What’s the improvised/experimental music scene like in India?
Subjectively and arguably it’s in its nascent stage with a bright potential, since I know very few people who contribute to this scene or make improvised experimental music, not at all in a position to make a statement on this curiosity. Best thing will be for you to visit and check it out yourself. Even I am curious about this and in search of more people of like minds towards what we hear and what music we make.

6. Where do you stand on the streaming/downloading/file-sharing/musicians-not-getting-paid-for-their-music debate?
I remember back when I starting listening to a lot of music prior to being exposed to online music sharing, streaming and downloading, and I bet most people’s music taste was driven what was shown on media or what was told to you by your peers. But after exposure to online music streaming, downloading and file sharing, this horizon has expanded multi-folded and it has helped make connections with others within fractions of minutes. For example, you and me exchanging back and forth, which could not have even been imagined in the pre-internet age. So I will say streaming/downloading/file-sharing is a positive revolution which we are living in and is bringing us together. As far as musicians not getting paid for their music goes, personally, if it would have been about money for me, I would have stopped making music as I haven’t been paid a single cent for my music, but again we are making music, just for the sake of making music without caring about money. If I find myself listening to a record over and over obsessively, I make sure I pay for it or pay to see the act live.

For the full Spankeol story so far…