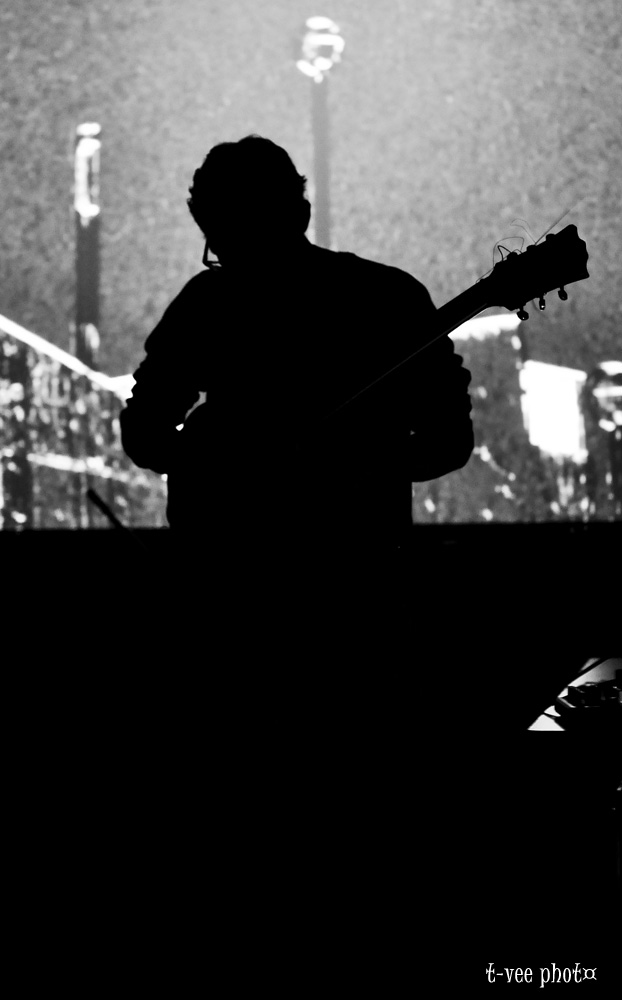 Diego Caicedo is a versatile guitarist to say the least. Whether it’s crafting intricately bludgeoning free soundscapes or fingerpicking a sweet melody, his connection with his instrument is clear. I’ve been lucky enough to see Diego play in numerous ensembles around Barcelona and in direct contrast to some of his formative influences (see below) there’s no ‘guitar god’ swagger, just an obsession with beautiful sonic possibilities.

1. Name an experience that contributed to your becoming a musician?
My brothers and I collected music from a young age. I remember the first vinyl we bought with the pocket money we received at weekends, Seventh Son of a Seventh Son by Iron Maiden. I was about eleven years old at the time, and from then on we collected a broad variety of vinyl and cassettes: Slayer, Anthrax, Metallica, Technotronic, Soda Stereo, Charlie García, Megadeth, Voivod, Deicide, The Cure, Pixies, Black Sabbath, Guns n’ Roses, Carcass, Madonna, Louis Armstrong, etc., etc., etc. Round about the age of thirteen, I started guitar lessons and became interested in music in a deeper way, but I soon stopped as I couldn’t find a guitar teacher who really motivated me. Then a short time later, something happened that spurred me on to study music and play the guitar… or at least make a serious effort to do so. One evening my brother came home with Blood Sugar Sex Magik by the Red Hot Chili Peppers, and upon listening to the guitars in The Power of Equality, I had “the revelation.” Until then I hadn’t heard guitars like that… they were brusque yet delicate, and sounded of jazz, rock, early blues and funk; I felt them most palpably in the mix of the record, and they were also close to what I wanted to communicate with the guitar – and so it was that Frusciante gave me the last nudge to set me off on my voyage.

2. What’s your ‘guilty’ listening pleasure? (i.e. something you listen to in secret?)
I like the music and musicians that say something to me and that I can learn from, and I steer clear of the music and musicians that leave me with absolutely nothing. I like to listen to music and see what happens along its harmonic skeleton. I listen to music here and there according to whatever mood I’m in. This week a friend passed Elton John’s Madman Across the Water on to me, I’ve been listening and figuring out the chords, it’s a great album in my book, and Tiny Dancer is fantastic! I’ve also been listening to True Blue by Madonna, and Papa Don’t Preach is a wonderful song! I also like the cover Ryan Adams did of Taylor Swift’s 1989. At other times I’m up for listening to Slayer (lately I’ve got Seasons in the Abyss on a lot), or bits of Pantera’s Vulgar Display of Power, or Tomb of the Mutilated by Cannibal Corpse. Right now I am listening to Feeding the Abscess by Martyr, an Canadian band I’d never heard before that I find terrific! They have a highly cool cover of Voivod’s Brain Scan!

Other days I prefer to listen to Wes Montgomery or Kenny Burrell, and still other days it’ll be Bruno Maderna or Luigi Dallapiccola, Olivier Messiaen, Alberto Ginastera… and all this without a hint of guilt, let alone listening to in hiding!

3. What’s the balance of preparation vs. improvisation for the average live set or recording?
When I finished school, I took music at one of the city universities, studying composition and theory (scales, harmony, counterpoint, forms) among other subjects (piano, classical guitar, music history, a little bit of jazz, etc.); despite my first impulse to play music springing from the world of rock, I’m classically trained. I play a good few hours every day, from jazz guitar II-V-I’s through to blues licks to pieces from what we know as classical music (I have a duet with my partner, the soprano Ilona Schneider, in which we have a repertoire going from the 16th century to the 20th). I also practice sonorities that break with tonality using contemporary music theory, and I also work with extended techniques. I like very much to improvise solo – whether with clean guitar or with the pedals I use -, and I also like to improvise with friends in duos, trios, quartets and quintets, as well as guided improvisation. All this daily practice ends up serving me in some way for what I can express and contribute in a concert or a free improvisation recording. Above all, I like to play with people in a position similar to mine; that is, in constant contact with their instrument and with an attitude of respect and humility for both the music and the musicians. This is how I weigh things up. 4. Who is the most inspiring person you’ve collaborated with, and why?
In Colombia, I had the opportunity to study at the university for about five years with the composer Blas Emilio Atehortúa. He had been at the Instituto Torcuato Di Tella in the 60s studying with Alberto Ginastera, Iannis Xenakis, Olivier Messiaen, Luigi Dallapiccola and Luigi Nono, among others. To have had the good fortune to be close to him and watch him working on small parts of works such as Musical Offering for TCU or Concerto No. 2 for Clarinet and Orchestra has been the most inspiring thing that has happened to me. To see him handling the musical material and to feel the stark clarity of his intentions when making choices at the orchestration end was fantastic. He seemed a little like a painter or illustrator starting off with lines and blotches that at first have little apparent rhyme or reason but go on to tie the whole picture together. To see him work so closely and, in a few cases, help him with the part scores left me with a feeling that is still in me. I was one among several students and he gave an enormous series of lectures of things musical and extramusical; I remember him saying that he had taught us the music in ten minutes but the rest of the life lessons would take a lot longer. He was a person who planted a seed in my musical spirit and in those of the other students, and that seed germinates and grows bigger and bigger every day.

5. What is the oddest/least conventional sound you’ve incorporated into your music so far?
Extended techniques always lead to unconventional sonic points. I keep an eye out for screws of various sizes, metal plates with distinctive edging, music boxes, metal slides, saws with interesting teeth, free or stochastic guitar tuning choices, etc., and almost at once things start happening that lead me to discover uncommon sonorities. The latest that I’ve been working on is the feedback produced by a circular saw I found in a second-hand shop with two distortion pedals, a feedback that can be controlled with quite low volumes. It’s a most curious effect.

6. Where do you stand on the streaming/downloading/file-sharing/musicians-not-getting-paid-for-their-music debates?
Right now we’re in a moment of enormous change on every level. The economic system is showing up holes that are difficult to patch up, wealth is distributed among the few, there are so many defects in the democratic system that it could hardly be said to exist, lobbies work for the economic benefit of giant corporations alone and the planet is undergoing drastic and rapid changes, the consequences of which we are blind to, never mind being prepared to face them head on. The internet has changed the flow of information all over the planet, as well as the consumption habits of the larger part of this world. Along with many other musicians I know, I listen to music on a computer, on free-streaming sites such as Youtube, Spotify and (lately) Bandcamp, where the huge majority of bands have a page with which to promote their work and where one can listen to that work free of charge, so my childhood habits of buying vinyls, cassettes, and CDs have changed completely. The recordings I’ve released can be found on net-labels that charge for music and those that don’t. On those that do, I have sold about twenty records in five years, showing a financial income that is practically null and void, while on the free-download sites I have records that have been downloaded up to 20,000 times, which all the same have not brought about any tangible benefits through either concert or promotion. Thus in my experience, what is going on is thoroughly out of whack. My attitude is to continue making music as always, as an active observer, watching and reacting to what is going on around me, playing with friends in interesting projects, recording and publishing them on net-labels free and paid. My artistic condition and investigative interest are as alive as ever.

7. If money and time were no object, what would your next project be?
These days I’m working on various interesting projects with Ilona, El Pricto, Vasco Trilla, Àlex Reviriego, Ferran Fages and Owen Kilfeather. Right now I have one in mind for which I need a monstrous amount of cash. Principally though, the projects that I’m creating and participating in are carried and shared alike with the people closest to us. Now, as do many of my musician friends, I feel the need to have a large independent space to programme concerts of free improvisation, contemporary music, and projects related to those types of aesthetics, where one can also run recording sessions, private musical sessions and rehearsals of ensembles big and small. If money wasn’t such a factor, I would invest in fitting out a city centre house to bring about this idea. And to explore Diego’s other recordings and collaborations, check out Morb0Records.

3 thoughts on “7 Questions for… Diego Caicedo”