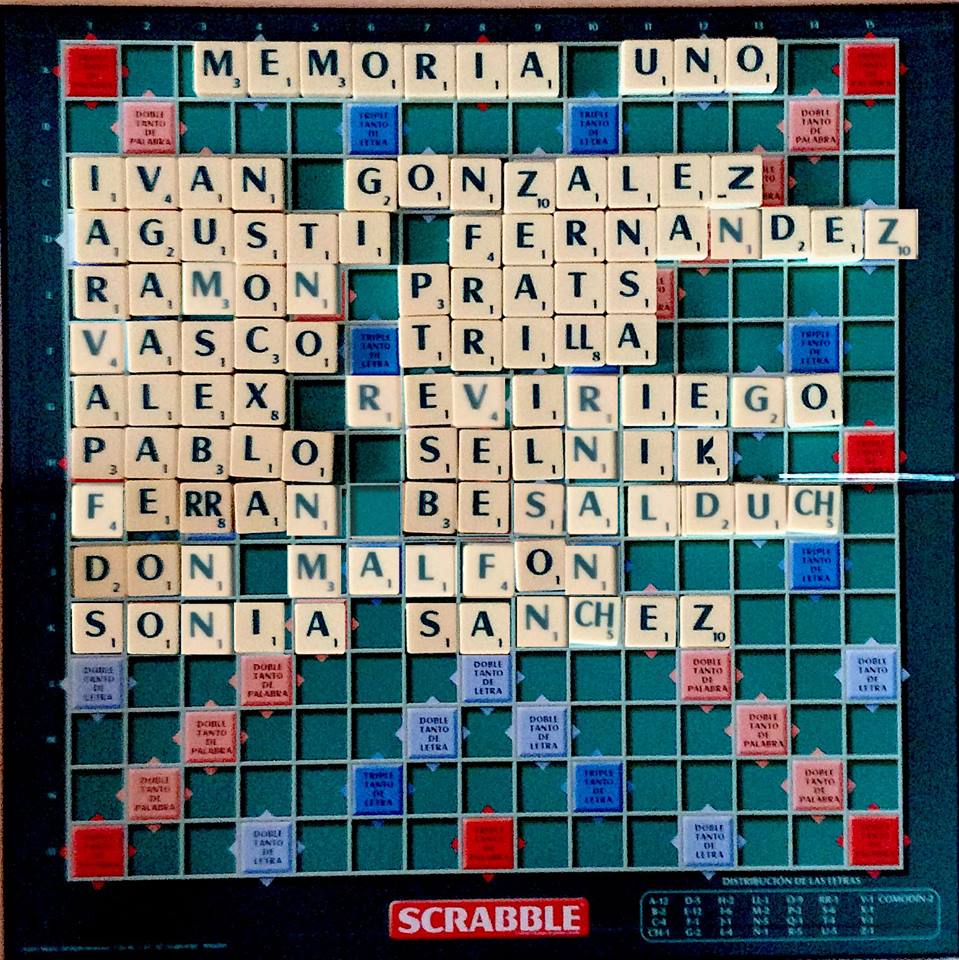 This particular Memoria Uno performance was originally intended to be a launch performance for the new album “Sons of Liberty”, a recording of the Granollers concert last year. Though in the end, the CD wasn’t available, nevertheless, this stripped-down ensemble did encapsulate the quintessential elements of the MU project: the seeming chaos, sudden stops and starts, teasing passages of solid rhythm (kind of bluesy at times, I thought), a sheer overload of at least two of the senses, and throughout a palpable sense of fun and humour radiating off the stage…

Compared to some of the previous, larger Memoria Uno ensembles, there was notably minimal direction from González (allowing him to take to the trumpet at times). With just seven performers (Pablo Selnik was named on the pre-gig poster but didn’t make it, either that or he hid in a corner and played very, very quietly) and all experienced MU fellow travellers, it was more a case of setting the direction and then signposting the changes. Yet as always, it was a high energy, highly unpredictable ride with what felt like half a dozen or more distinct sonic occurrences unfolding at any one time; including…

Sonia Sanchez’s patented blend of butoh and flamenco deconstruction provides a visual and percussive spectacle, with the result almost hinting at tai chi. In direct response (and encouragement) to the music she essays postures that are slowly unfolding, creeping, twisting expressions of desire, eyes on a far horizon. No traditional dresses or costumes here, just plain black top and trousers and a pair of red Dorothy shoes ready to click. Stripped of its disguising glamour, the dance is a painfully honest depiction of life.

Memoria Uno’s conduction experiments continue to be among the most innovative improvisatory performances in Barcelona (dare we say Spain… why not?) but that’s it for the summer, folks. Looking forward to more Memoria Uno in the autumn.