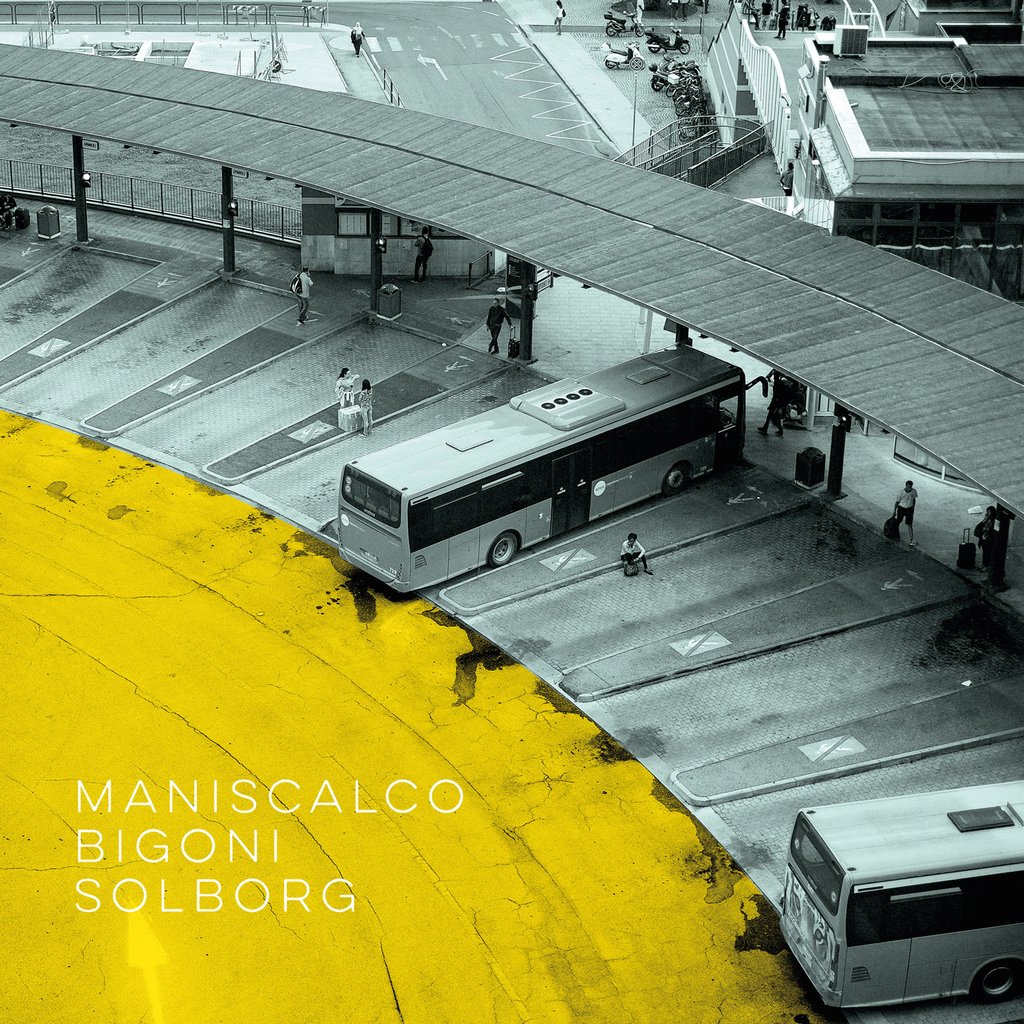 [This review was first published in Jazz Journal in July 2015.]

Blomme
Syvsover
Boardwalks
Dogfood
Too Young to be a Hippie, Too Old to be a Punk
Homework #1
Not Until Late
Standstill
Rye
Sometime
(46:01)

Forget genre on this one. It comes across on first listen as an example of free improvisation, except that every track has a composer. But it’s hardly a selection of conventional tunes and clearly, wherever the sheet music was when they recorded this album, it was treated as a guide at most and more often, as a breadcrumb trail to be checked from time to time as the three explorers meander freely through the forest. To quote the press release, “…imagine a contemporary chamber ensemble with some dirt in it – a small choir where each voice raises from the ground.” Helpful, no?

In fact, it is possible to detect some chamber-ish influence, particular in some of Maniscalco’s piano lines (presumably the composed bits) and the occasional clarinet melody from Bigoni (Too Young to be a Hippie, Too Old to be a Punk) but this is actually better represented as a masterclass of texture and microtonal subtlety. There’s also a lot of extended technique quivering in the wings here, most often from Solborg’s guitar which more often than not lurks in the background creating washes of distortion (Dogfood) or barely audible chords, noises and harmonics (Blomme and Rye). At the end of the day, this recording deserves its five stars not only for its introspective beauty but also for its sense of quiet adventure and tasteful restraint.

ADDENDUM – a larger extract from the ILK press release in 2015:

Francesco (A) is Italian – love takes him to Denmark in 2009. Emanuele (B) is Italian as well – music takes him to Denmark in 2012. Mark (C) is Danish – with deep latin roots.
A and C often play together. A and B already know each other well. C and B feel it natural to meet and set up this constellation. A, B and C enjoy playing concerts in small churches. Improvisation is a vital process for A, B and C.
What you are reading may not be too helpful for understanding the music they play. Then imagine a contemporary chamber ensemble with some dirt in it – a small choir where each voice raises from the ground.
A potentially-folk project.

One of my favourite press releases, ever.

“Maniscalco-Bigoni-Solborg” is available from ILK Music and Amazon: