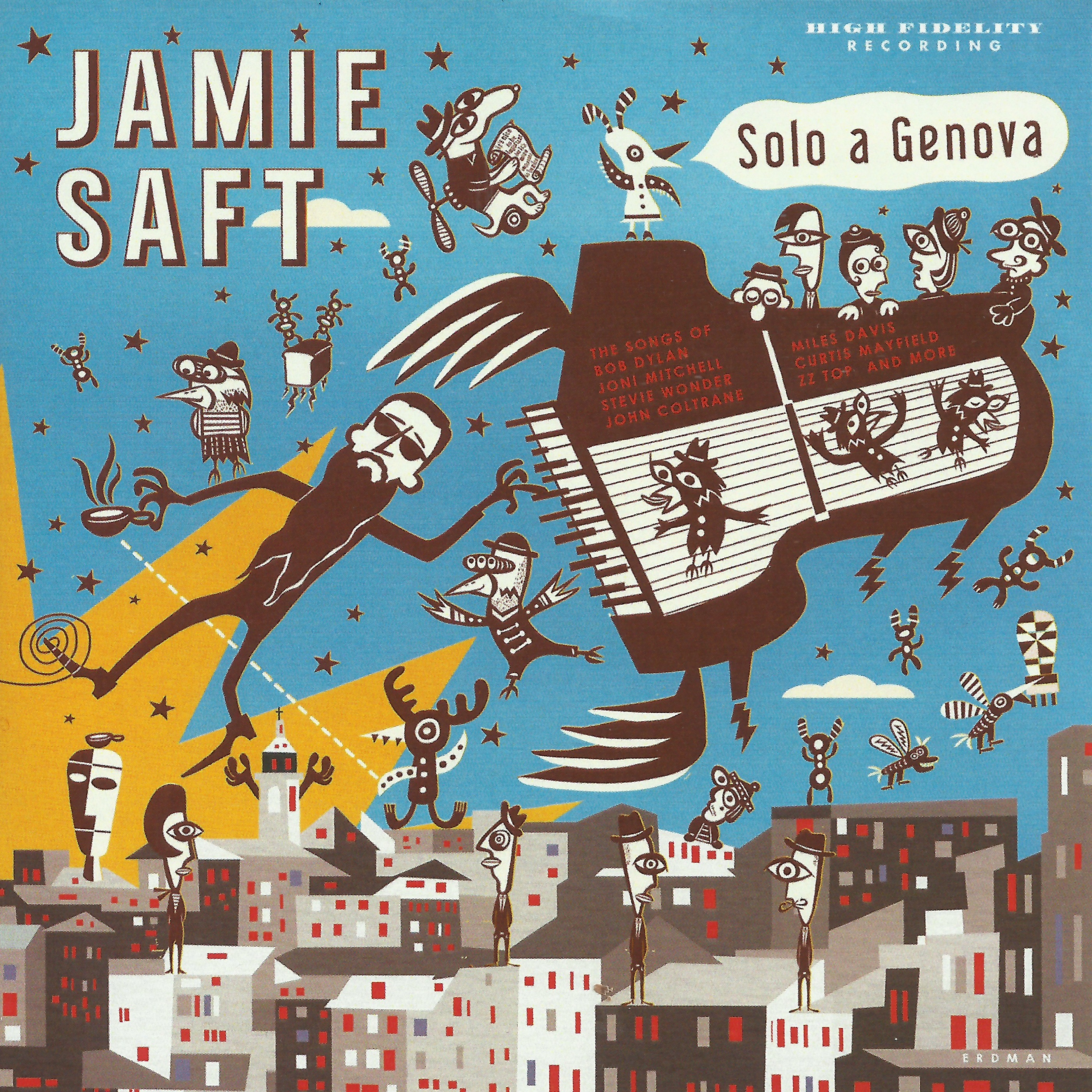 Jamie Saft’s first solo album is an unrestrained experience, taking an eclectic mix of material – jazz, rock, pop, blues, modernist classical, and a few Saft originals – and creating an hour’s coherent listening without sacrificing any of the variety. In other words, some choices might seem odd on paper but aurally, it works, and then some.

The reasoning behind the choices goes back to the original idea for a solo concert in 2007 in Italy. Saft wanted, “…to present American music as an example of positive, forward thinking art – …art that resisted hatred and negativity, art that promoted a positive path forward…” Hence a mix of positive songs with an overall transformative theme.

For the more pop-py material (Dylan, Mitchell et al.) Saft sidesteps the obvious ‘greatest hits’ choices, preferring to tackle songs which presumably have a more personal meaning. Blue Motel Room is shaken from its shuffle roots, given a more expansive flow and in the process ends up sounding more Joni Mitchell than ever. Stevie Wonder’s Overjoyed is done close to the original though the absence of vocals and syrupy strings means the tune itself is allowed to shine more (a real Stevie fan might disagree, of course). And the two country-ish Dylan tunes are eased into a rather more free-flowing state, both loving yet hardly slavish tributes. ZZ Top’s Sharp Dressed Man, on the other hand (listen below), is so deconstructed it’s practically an autopsy – beautifully delicate and understated and begins a million miles from its soft rock origins (though on a facial hair note, I have to wonder if ZZ Top constitute an inspiration for Jamie Saft’s own impressive foliage…)

Charles Ives’ The Housatonic at Stockbridge is a deep and thoughtful interlude, suffused with a slow passion and meanwhile, the jazz is well-represented by Coltrane, Davis and Saft’s own tunes Pinkus, Gates and The New Standard, showcasing Saft’s unquenchable invention. Naima is one of Coltrane’s most simply beautiful tunes and this is one of the highlights of the album. Saft adds a fresh filigree of detail that only seems to further burnish and show off the original’s simplicity. But the album as a whole more often reminds me of Alice Coltrane. Not that I’m overly knowledgeable about the full breadth of her work but there’s something here about the phrasing and the flow that reminds me of albums like “Ptah the El Daoud” – a constant ascending ride, each tune a vehicle or petition for some more profound expression, a prayer to elevate the spirit and the attention… you get the idea.