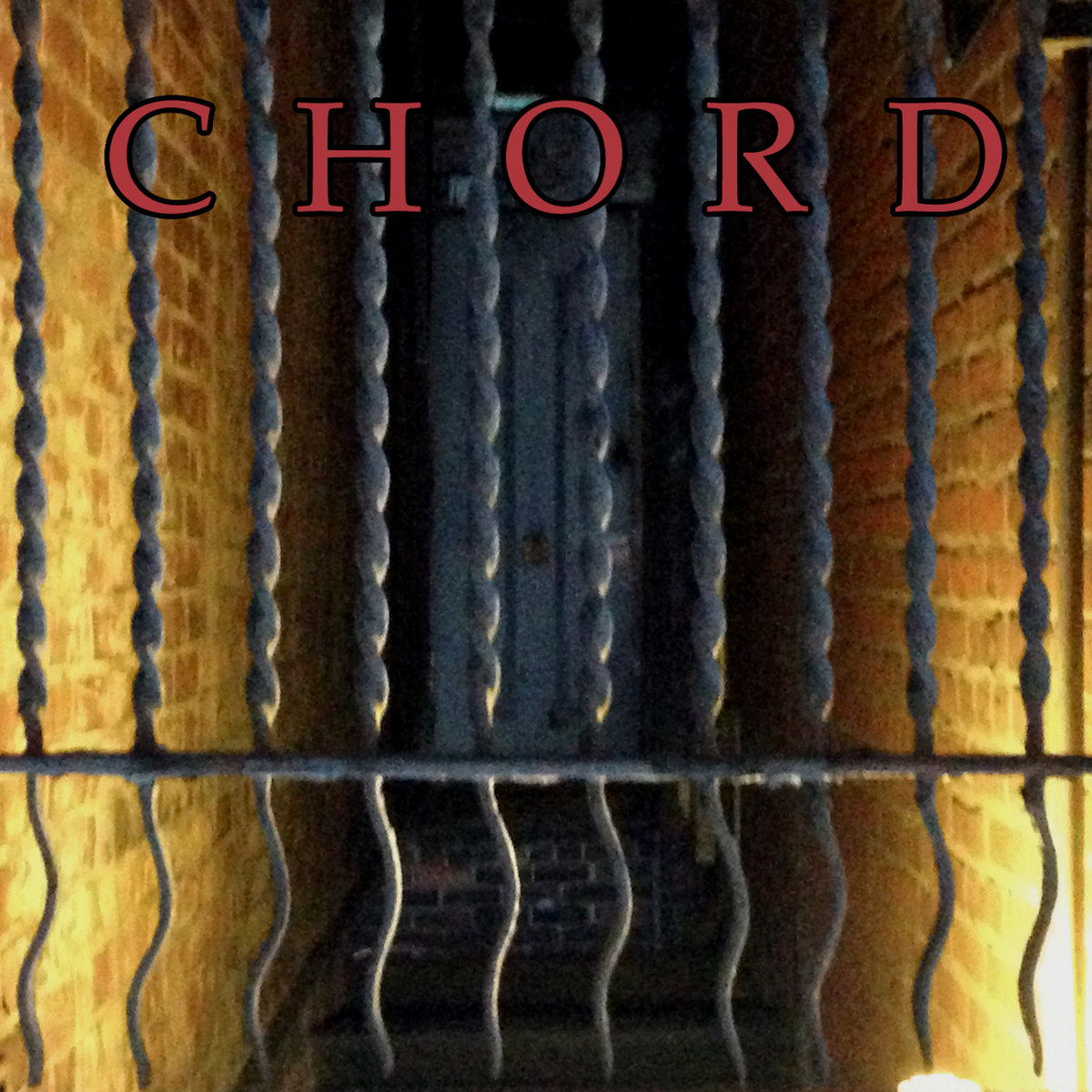 CHORD IV is… another deep draught from the fountain of eternal guitar-love from Nick Didkovsky and Tom Marsan.

CHORD IV is… banshee feedback wails on one side with buzzing chopped rhythms giving form to the other.

CHORD IV is… a caress, a beating, and a metaphor for whatever you like – it’s your reality, no consensus required.

If, as (the mysterious and elusive) they say, cleanliness is next to godliness, then CHORD IV proves beyond all reasonable doubting that the devil really does have the best tunes. Which is to say, this is dirty, dirty stuff.

half life is a prolonged, anguished howl beneath which steel claws pick and scratch at the threads of reality, limning the boundaries of an (the?) abyss. In a spirit of decay, an electron wind blows, a fragmenting wave dissolves into dunes of particulate sound… mirages form in the heat-haze on the aural horizon. Brutal but not bludgeoning, this is the eerie lyricism of enunciated pain. Space tightens and dissolves, suspending us in the universal drone: the feedback beneath all things.

…and breathe… august proffers slow contemplation. Density loosens, tension ratchets, deceptively calm, almost stately, surreptitiously inimical. No bang, no whimper, just a fadeout without elevation – Caesar’s end is remembered but himself is forgotten in the slow processes of deification & dehumanisation.

Sinking into a death spiral, depth charges burst deep. Lingering shockwaves overlap, an intricate construction of echoes and colliding sound. Space is filled to excess. Volume is highly recommended. An accident planned in advance, as if divinely catalysed, what was built is destroyed, disassembled into component parts – the sound of girders and I-beams falling or a single hand applauding – your vision may vary.

When destruction is (momentarily) at an end, we rest in a quiet room, an interlude, waiting for the dreamer to stir. But in dreams, the wine bottle is on the shelf, poison bequeathed, always ready, waiting for a use. As with knife and suitcase, expectant, sufficient to our private ceremonies. All cycles, though changeable, are endless.

Post-harvest, where is there to go? The only axis is vertical, so we rise – though worth remembering that in an infinite space, to rise is to fall is to remain, all destinations are central. It’s a long and irresistible climb to nowhere and Samael knows it; they’ve been this way before. We all retrace our steps on the way home. We are all prodigal and any welcome will depend on an other’s whim.

How much abuse, strain and metaphor can two guitars take?

Deep listening is recommended. Vertiginous listening is preferred. If you don’t feel as if you could fall at any moment, are you really here? Reaching the pinnacle beneath everything, poised in battered contemplation, nourished by a bellyful of crackling, ragged shrieks.

Beauty comes in (m)any form(s) and some days, little is more precious than a pair of electric guitars, amps way past the Tufnell horizon, dowsing me in a feedback roar, filling the ears like a warm, acid molasses.

CHORD IV is… a sonic lens, a grainy image of descent and redemption, ultimately optimistic, grimly and sardonically joyous. A dose of eidetic amnesia or a drowsy anamnesis – interpretation is, as ever, your choice.