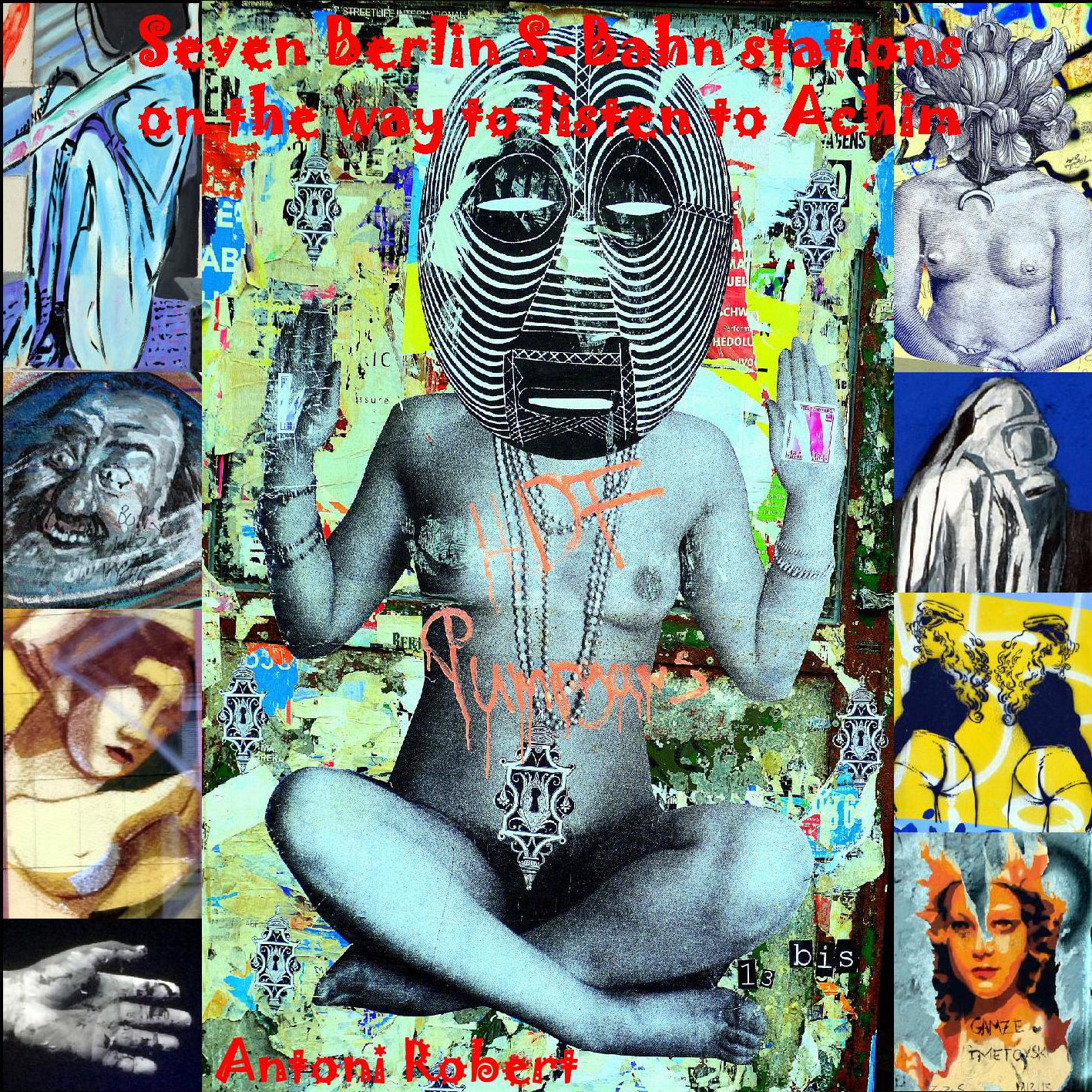 Do you enjoy the buzz of a city?
Are you fond of trains?
Do you like to drift off into a world of the imagination?

Then welcome to a triptych of albums from Antoni Robert.

All three are based on field recordings electronically manipulated and edited to create a series of encapsulated experiences, evoking both city-dwelling commuter reality and a musicianship both hard-edged and whimsical, in turn. As for locations, “…S-Bahn…” was recorded in Berlin, and “St. Petersburg Soundscapes” in… guess where? The middle of the three is more of a mystery, but was inspired by a Plastic Ono Band track (Paper Shoes) and each track title has a Beatles-y dedication so it’s tempting to wonder about Liverpool. Anyway…

In September 2015, Robert attended the Lifelines festival in Berlin (and event dedicated to the music of Hans-Joachim Roedelius. Travelling to the concert hall each day took him through seven different S-Bahn stations. The sounds recorded on this daily commute were combined with recordings from Brian Eno’s sound installation “For Achim” (part of the festival) and became the inspiration and root sounds for the first album, combining captured voices, announcements, public transport (of course), street noise and more in an array of compelling sonic collages.

Similarly, time spent in St. Petersburg furnished the sonic materials for the third in the series, although this one is less ‘train-y’, delving into other public spaces for inspiration (a church?). It is at times more ambient than its companions and yet also includes fragments of actual musical performances.

The middle of the three, “Train Pieces”, is pure railway. The nine tracks are seamlessly edited into a single suite of train noises, used to create hypnotic rhythms and industrial moods. The bonus track is an “Extended Club Mix” and stands alone with dance-like beats ebbing and flowing like the tide.

I’m not well-versed in field recordings as a genre but these works remind me of Chris Watson’s “El Tren Fantasma” (about a now defunct coast-to-coast Mexican railway journey) only where Watson emphasised the rural, Robert is steeped in the urban. As a city boy, that speaks to me. There’s a sense of loving care in the precision with which each track is assembled, adding flourishes such as tannoy announcements or street musicians, while building themes through delicate repetition.

Mesmerising and engaging in equal measure, these recordings are both musically and aurally satisfying, and curious tributes to both train travel and city living.

Music (and more) from the real world.